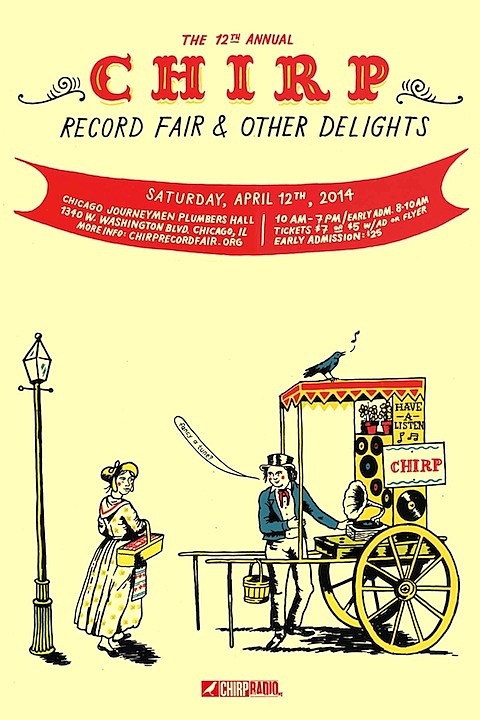 CHIRP Radio's annual Record Fair is slated to return for a 2014 edition on April 12 at the Chicago Journeymen Plumber's Union. It'll take place from 8AM to 7PM and is set to feature vendors like Hozac Records, Already Dead Tapes and Records, Saki Records, and more. There will also be local food/drink options from Goose Island, Upton's Naturals, Big Star, and Dark Matter Coffee. Early admission (8AM to 10AM) will run you $25, and entry from 10AM to 7PM is $7 or $5 with the Record Fair flyer // ad. The Chicago Reader are also offering a half-off deal on early admission. And reminder: Record Store Day 2014 is the following Saturday -- April 19.