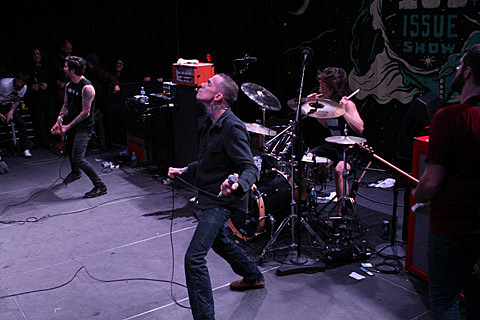 Decibel Magazine have announced the fourth edition of their reliably awesome annual North American tour. Decibel 2015 is slated to feature Swedish melodic death metallers At the Gates, East Coast hardcore champions Converge, U.K. supergroup Vallenfyre, and one more opener TBA in December. The North American jaunt is set to begin in late-March, and will tag Chicago for a show at House of Blues on April 6. Tickets go on sale to the general public this Friday (10/24) at 10AM CST. VIP Ticket Bundles are on sale now via Decibel.

All Decibel 2015 dates and a few videos lie after the jump...

At The Gates - "At War With Reality"

Converge - "All We Love We Leave Behind"