A$AP stopping for a quick photo opp. before the show 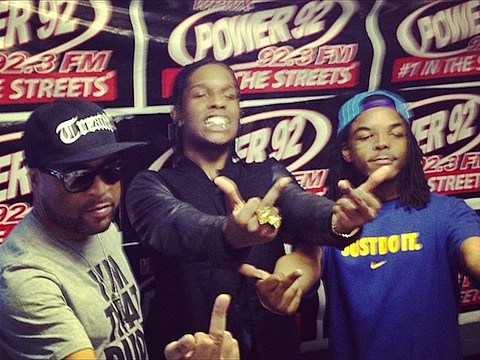 Despite what was said to be a Chicago Police Department ban on the L.E.P. Bogus Boys' opening set at the House of Blues, headliner A$AP Rocky brought out the local duo for a surprise performance at tonight's show.

After the Bogus Boys ran through a few songs, Chief Keef's GBE crew (minus Keef) joined them and the A$AP Mob for a performance of "I Don't Like." The amount of people on stage (30+ at that point) apparently came close to breaking it, so the venue quickly cut the track/shut down the show.

Video footage of both happenings can be found below via Fake Shore Drive...