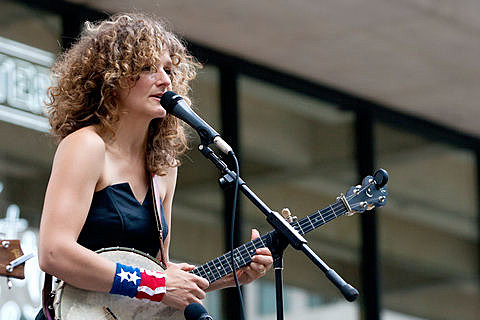 Americana musician Abigail Washburn has been on a seemingly never-ending tour, in support of her latest album City of Refuge (Rounder; January 2011). She'll make her way back to Chicago (where she was born) this coming spring, to play the Old Town School of Folk Music on April 14th. Before that happens, she'll join up with The Jayhawks for a short West Coast tour this winter. Tickets for the Chicago show are still available.