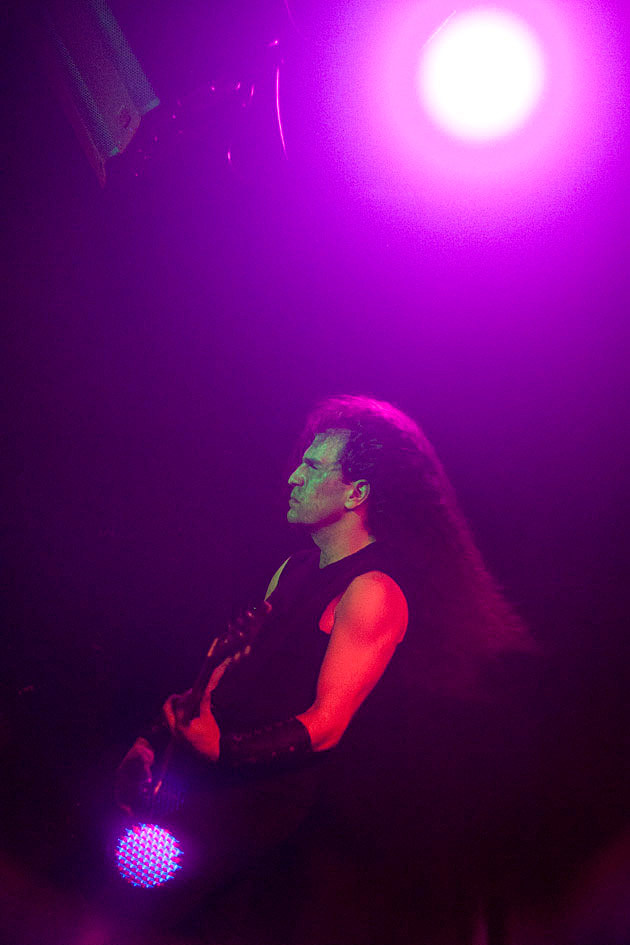 Texas black metal powerhouse Absu head out on tour across North America in November, hitting Chicago's Cobra Lounge on 11/10 along the way...

The ten-city tour will see the band perform a complete set with music spanning throughout their twenty-two year recording career. This excursion is a follow-up mini-tour by the Texas-based mythological occult metal trio since the release of Abzu - the second of a planned trilogy of recordings.

Vocalist/drummer Proscriptor shares, "Since the release of our latest recording, Abzu, the response has been extremely vehement and now is the perfect moment to continue spreading the album's essence throughout unchartered regions the band did not perform in earlier this year. We purposely waited until the timing was ideal to embark on this additional journey, as we shall continue contaminating the communities with our craft of Mythological Occult Metal."

Proscriptor also adds, "We have begun the composition/arrangement process for the next album, suitably titled Apsu, which is the Sumerian-Akkadian spelling of the band moniker. We shall wait until the new album is released before we present any of the new material in a live atmosphere."

The Chicago show is with Wolvhammer, Terminate, and Pale Horseman, and tickets are on sale. All dates are listed below...