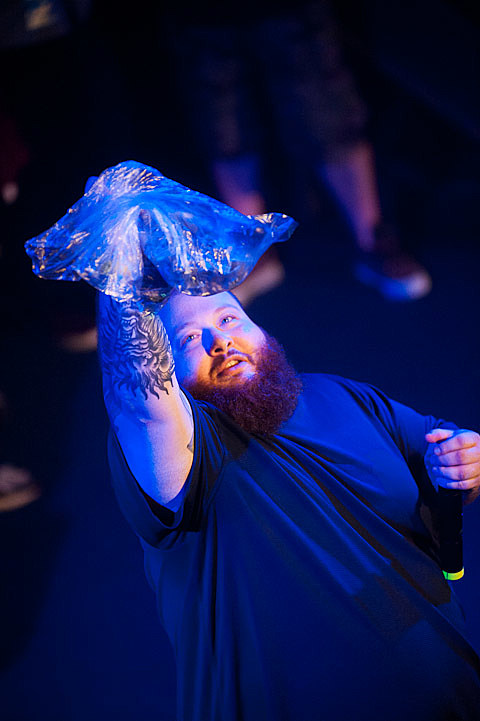 Action Bronson hit the road with Cypress Hill earlier this year. As you might remember, the two acts were originally supposed to appear at the Double Door together on November 4. Cypress Hill had to reschedule some dates due to the aftermath of Hurricane Sandy, and those rescheduled dates-- including a December 3 performance at the Double Door-- did not include an opening set from Action. Though he didn't make it to Chicago earlier this month, Action was scheduled to appear at Reggie's tonight (December 29). He's since moved that performance to January 27, and all tickets will be honored. More will be on sale soon; check Ticketsfly for updates.

Since Action Bronson can't make it tonight, Chance the Rapper headlines a FREE show at Reggie's. Chuck Inglish, Johnny Polygon, and Impala Sound Champions will open the show, and you don't need to RSVP for entry.

Check out the video for Action Bronson's "The Symbol" from his newest mixtape Rare Chandeliers below...