Action Bronson at VICELAND at SXSW 2013 (more by Dylan Johnson) 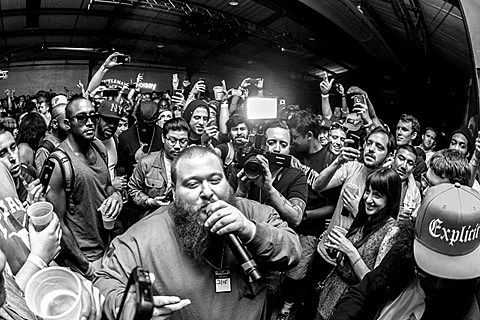 NYC rapper Action Bronson will be kicking off a winter U.S. tour this weekend on the East Coast. That tour features support from Party Supplies, who produced last year's Blue Chips 2, and will tag Chicago for a performance at Metro on January 24. Advance tickets are still available.

Action is also prepping his debut LP, which is slated to hit stores sometime this year via Atlantic / VICE Records. In an interview with Rolling Stone, he confirmed that Queens rapper Kool G Rap and Mobb Deep will appear on the LP.

All Action Bronson dates and a couple of videos lie after the jump...