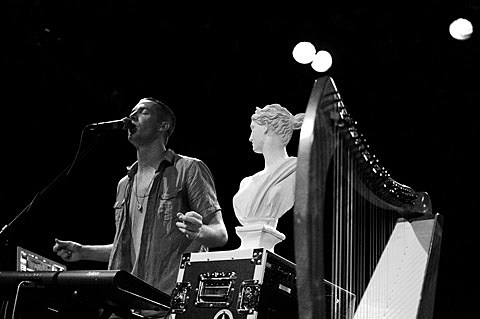 LA-based former choir boy Pat Grossi (aka Active Child) just released a new video for "Playing House." The song, as well as the hazy footage directed by Isaac Ravishankara both feature Chicago R&B artist How To Dress Well. Check out the music video below. Grab the Chad Valley remix of the song, which premiered on BrooklynVegan last week, above.

Active Child AND Chad Valley (aka Hugo Manuel of Jonquil) will hit Chicago this Friday (9/16) to play Schubas with Magic Key. I'm hoping for a How To Dress Well cameo as well! Tickets to the show are still available, and we've also got TWO PAIRS to give away! Details on how to enter to win them are with the new video below.

--
For a chance at winning Active Child tickets: Either tweet something creative that includes both @bvChicago & "Active Child" in the tweet, OR send an email to BVCONTESTS@HOTMAIL.COM with the subect line "Active Child Chicago" with your first and last name in the email. We'll pick two winners at random and contact them with more details. Your email will not be shared with anyone else. Good luck!
--