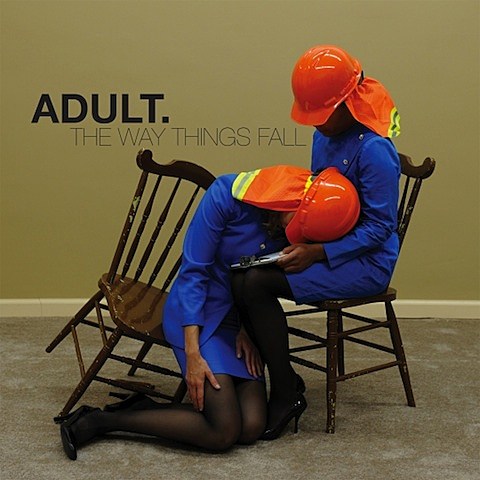 Detroit-based electro duo ADULT. welcomed their new album, The Way Things Fall, last week via Ghostly International. It's their first since 2007's Why Bother?, and you can stream the LP in its entirety at the bottom of this post. Adam Lee Miller and Nicola Kuperus are currently touring throughout Europe in support of their new LP. They'll return stateside later this month for a handful of shows, including a performance at the Empty Bottle on June 22 with Ritual Howls and Especially Good. Advance tickets for the Chicago show are still available.

All known ADULT. tour dates and a stream of The Way Things Fall are below...