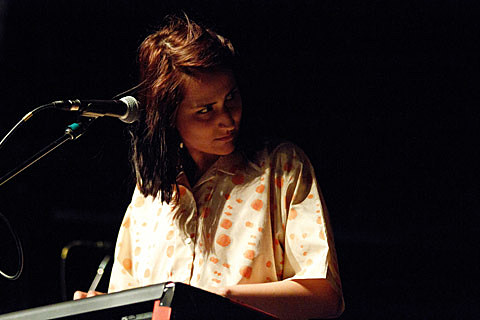 The Adventures in Modern Music Festival is set to take place for the 10th year in a row, at the Empty Bottle from October 3-7. The "five-day celebration of outsider sounds" features eclectic lineups from top to bottom, with acts from all over the world.

The series ends in a big way on October 7, with a show featuring Micachu & The Shapes, Holy Other, Lee Noble, and Joseph Van Wissem. Holy Other was set to make his Chicago debut at the Congress Theater on Friday night (9/7) with Amon Tobin, but that show got canceled. This will now serve as his Chicago debut, on his very first tour. Holy Other just welcomed his great debut LP, Held, via Tri Angle. You can stream the album via Spotify.

Tickets for each individual AIMM show go on sale TODAY (9/8) at noon CST. There won't be any festival passes for sale.

Full lineups-by-day for AIMM and some song streams are below...

Shit and Shine - "The Side of The Road"