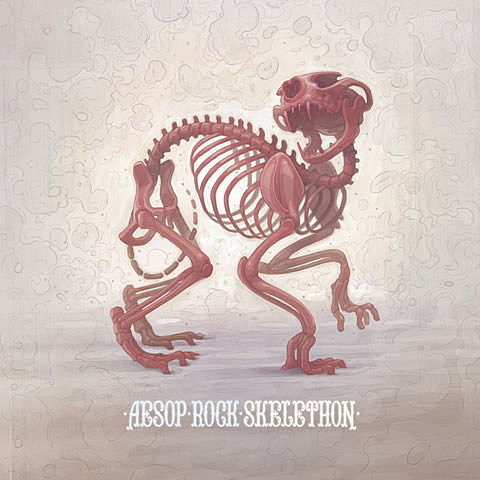 Aesop Rock is gearing up for the release of his sixth LP, Skelethon, due out on July 10 via Rhymesayers. The album serves as Rock's first new solo material since 2007's None Shall Pass, and features a slew of guest appearances including Kimya Dawson, Rob Sonic, DJ Big Wiz, Hanni El Khatib, and more. That's its cover art above, along with a download of the lead single "Zero Dark Thirty." You can also watch a video for the song and check out Skelethon's tracklisting below.

In support of the album, Aesop Rock will kick off a summer North American tour in July. All dates will feature support from Rob Sonic and DJ Big Wiz, and most of them also include Edison and Dark Time Sunshine. The Chicago show, taking place on July 28 at Metro, has all five artists mentioned on the bill. Tickets go on sale this Saturday (May 12), at noon CST.