"People of beautiful Middle America! We'll be joining Against Me! this September for a few days, and couldn't be more excited. #againstme" - Hop Along 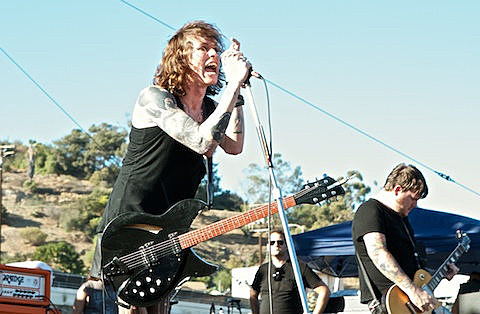 Against Me!, who are prepping their new album Transgender Dysphoria Blues for release later this year, have announced a short run of club shows with Off With Their Heads and Hop Along surrounding their appearances at Riot Fest Chicago and Denver. That tour includes a pre-Riot Fest Chicago show at Cobra Lounge on September 14. Ticketing information for the Chicago show is forthcoming.

You can also catch Hop Along at Beat Kitchen on August 24, as part of their summer North American tour with The Sidekicks. Advance tickets are still available.

All Against Me! dates and a tour poster are below...

* w/ Off With Their Heads, Hop Along