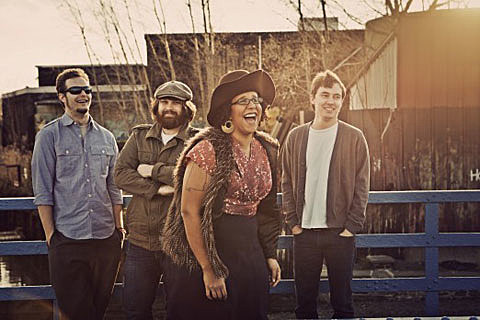 Alabama Shakes, who were recently in Chicago to play Metro and Lollapalooza (though unfortunately their festival set got rained out), will return to the city on September 11 to play an American Family Insurance-presented, FREE-with-RSVP show at Subterranean. But this is not just any show, it's a "Dream Show"! And that's because Alabama Shakes chose their dream lineup of fellow Alabama bands The Pollies and Doc Dailey to open for them.

If you're 21+, RSVP at AmFam's Facebook now. All Alabama Shakes dates and a couple of videos are below...

--
Alabama Shakes - "I Ain't the Same" on Jimmy Kimmel Live