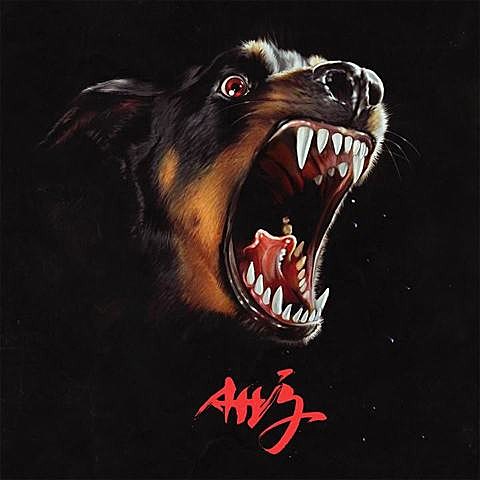 Albert Hammond Jr. of The Strokes is currently on the road in support of his new solo EP, and that tour hits Chicago on November 13 at Double Door. Tickets to that show are on sale now. All remaining dates are listed below.

In related news, Albert has done a few interviews lately discussing drug addition the current state of the Strokes. From his interview with Rolling Stone:

You've opened up about your addictions to cocaine and heroin in the press recently. I'm curious, how do you get to such a bad place?

If I told you, you wouldn't believe me. [Laughs.] No, I'm serious. Looking back on it, with my head on my shoulders, when you're young you first get buzzed and it was kind of fun to try different stuff. I was always open to all of it, and then something just clicks. "This helps me focus, this helps me shut down the voice in my head." I found this thing that helped me do that. But there's all these other side effects that you don't feel at first, [but] after years and years of doing it, I finally realized, "If I start doing drugs in the morning, then I don't feel bad from the night. It all kind of weirdly so innocent at first. Then eventually you just don't do anything. You're just really fucked up for a chunk of time and then you just have to stop, because you have to do something. Or you're just tired.

I was never a "maintain" guy. I was never, like, "Let's just do just enough so that no one notices." I was always, like, "I'll just destroy myself for as long as I could, and then I'd be like, Ok. I need a break." And the break wouldn't be stopping everything, but it would just be stopping shooting up. I'd be like, "Oh, I'll just drink, and smoke, and take pills. I'll just slow down." And that's the only way you can function. Weirdly enough, whenever I'd go tour with my solo stuff, I'd always stop everything. So I'd always be in the worst place on tour. I'd be broken.

The Strokes really means something to people. But it's surprising you haven't done a real U.S. tour in years. Why?

Just to lay low. [Laughs.] Um, it's not against the fans. It's not against them. I mean, we feel that way about each other and the songs, so it's amazing to hear that fans feel the same way. I don't think that'll go away. I think it will only make it better when everything starts, you know?

[Comedown Machine] was the last record for RCA, so now you can do whatever you want.
Yeah, I mean, I guess so. In so many ways, yeah. I think we're still playing with that idea.

What do you think the future of the Strokes is?
You're asking the wrong guy, man. [Laughs.]

But you're in the band!
I'd ask the captain of the ship.

All dates are listed, along with the new-ish video for "St. Justice" from Albert's new EP, below...