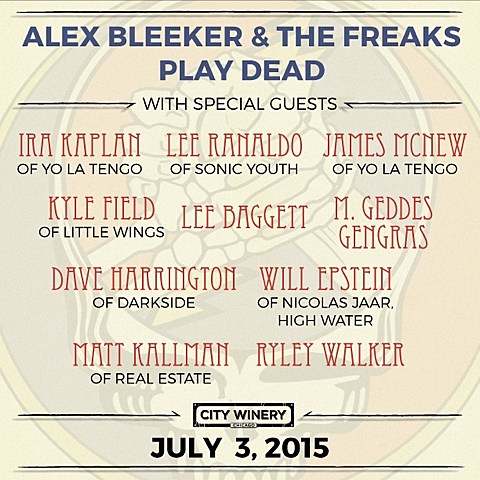 As you probably know, surviving Grateful Dead members are celebrating the band's 50th anniversary with some shows this year, including three in Chicago from July 3-5 at Soldier Field. That won't be the only Dead celebration in Chicago that weekend though. Real Estate's Alex Bleeker and his band The Freaks, who have been doing Dead tributes lately, will do another one at City Winery Chicago on July 3. And they'll be bringing along some pretty exciting guests.

It's a late show (11:30 PM doors) after the venue hosts a live stream of the Dead's Soldier Field show. Tickets are on sale.