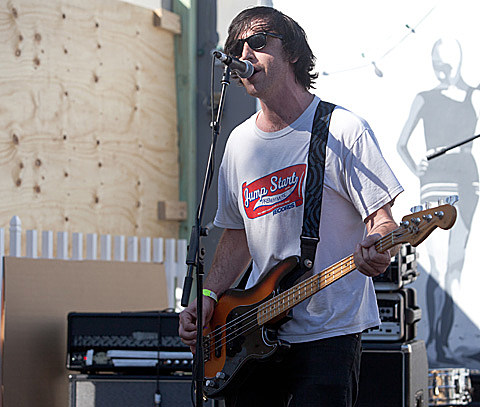 Chicago's All Eyes West are getting ready to track the follow-up to their 2011 self-titled debut this fall. They're planning on recording it with J. Robbins at his Baltimore haven Magpie Cage Recording Studio, but they need your help...

So what's the hold up? Well, there is of course the whole money thing. One nice thing about all this is that since we're accustomed to not having money we know how to work on the cheap, putting the money towards necessities only. Pledges toward our new album will go towards tracking, mixing, and maybe a couple meals down at the 7-Eleven. In return we'll hook you up with some cool and exclusive merch items and of course, the new album! [AEW -- Kickstarter]

As of this post, they've raised $3,115 of their $4,000 goal with eight-days left to go. Some of the exclusive items include a limited edition poster, t-shirt, your name in the liner notes, and more. Check out the campaign over at Kickstarter.

AEW are also heading out on a mini-tour of the East Coast next week. Before that happens, they'll play a hometown show at Township TONIGHT (Saturday, August 10) with support from Destroy This Place, Pink Avalanche, and Bob Nanna. Advance tickets are still available.

All 2013 All Eyes West dates, their Kickstarter campaign video, and a stream of their self-titled debut are below...