Skeletonwitch at MHOW in July (more by Vladislav Grach) 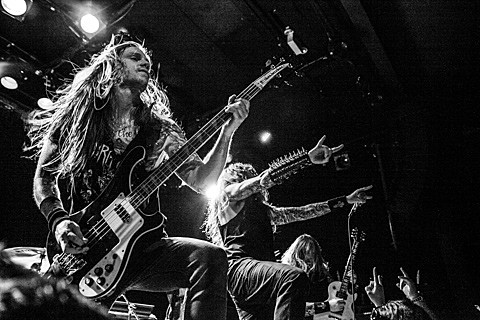 Swedish Viking metal purveyors Amon Amarth are slated to embark on a winter U.S. tour with heavy-handed support from both Enslaved and Skeletonwitch. That stacked caravan will tag Chicago for a performance at the House of Blues on February 7. Tickets for the Chicago show go on sale to the general public this Friday (9/20) at 10AM CST. A Citi Cardmember presale begins Tuesday (9/17) at 10AM and Live Nation/Ticketmaster presales begin on Wednesday at 10AM.

All dates and an Invisible Oranges-debuted Skeletonwitch studio update clip lie below...