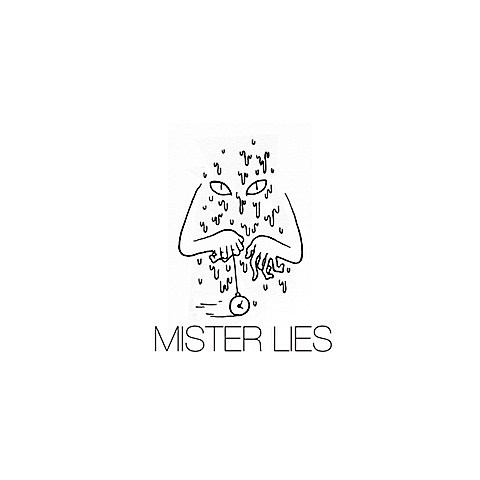 Nick Zanca has been producing ambient electronic music under the moniker Mister Lies for roughly a year. With only a couple of EPs and a handful of shows under his belt, he's garnered much attention and critical acclaim. The positive buzz helped Zanca to secure a record deal with Lefse, who release his Dionysian 7" today (Tuesday, October 2). He'll also be welcoming his debut full-length album via the label in early 2013.

We recently sat down to talk about how he got his start, the music that makes him tick, and his creative process... among other things. Our chat begins below, and you'll also find a stream of his Dionysian 7" down there...

----
bvChicago: What would you say was your introduction to music?

Nick Zanca: Probably seeing Fantasia 2000 at the IMAX [Theater] on Christmas in '99. Just seeing like all the New York City images and Gershwin's music. There's this scene with an elk and a nymph of some sort, she's kind of like this goddess of the sky, you remember if you've seen it. It's set to "Firebird Suite" by Stravinsky, and that's probably like... I mean, I was a child of the 90s and so Disney was obviously part of the picture. That was the first time I felt the music in correlation with the visuals. It was really an eye-opener, like ah, fuck this is what I want to be doing.

bvC: How did you start performing? On what instruments? You played violin for a while, and piano too, right?

Nick: I started on violin when I was about eight, and basically continued on until I was about 11 or 12-years old when I had a super huge falling out with it. Then I learned guitar, and my dad started introducing me to Queen, Joe Cocker, The Beatles... stuff like that. From there, it sort of turned into more guitar-based rock music. I think the first instance that I got into experimentation in music, and going for something a little more avant-garde was hearing [Radiohead's] Kid A for the very first time... I don't want to say it's cliché but it kind of is. That album just spoke to me in ways. I mean, it's that same feeling of losing your virginity, it's something you never forget. From Radiohead came Aphex [Twin], Boards of Canada, DJ Shadow, Portishead, and mainly the Warp Records stuff... I was big on that in high school. Then, Flying Lotus, Rustie, and Hudson Mohawke, all things that are on the current rotation.

bvC: I saw you open for Xiu Xiu at Schubas last month. I couldn't stop myself from comparing you to Burial. Are you a fan of his work?

Nick: I'm a huge fan of his work. While he's not my favorite, he is probably the most established producer. You hear a Burial track, and you know it. He pioneered the R&B vocal sample. I do a similar sort of thing but I don't usually do R&B, I try to stray away from that. I'm really sort of accustomed to like 70s folk or like musical theater, something a little bit more kitschy when it comes to vocal samples. I've used some [Hayao] Miyazaki samples. If I'm sampling anything on this new album [his debut, which is due out in 2013] it's either field recordings or sampling from YouTube.

bvC: In the past few years there has been this universal acceptance of electronic music in the US. What's your opinion on all that?

Nick: I'm going to preface this by saying, genre isn't important anymore, in current day... 2012. I don't believe in it like I used to. I used to be super particular about what I wanted to sound like/produce. Then I realized that music is more about removing yourself from that. The best music...

Nick: Yeah, is the kind of music that you listen to and don't know how to describe. I'd say my favorite bands are like that. Xiu Xiu is a perfect example. He [Jamie Stewart] is a trip.

Nick: In high school I was in punk bands; I was doing basement shows. Production is such a great thing for me rather than be confined to any one instrument, like I was in a band.

bvC: Kind of like Trent Reznor, who tends to craft alone and then pieces together a backing band.

Nick: That's what I'm hoping to do with this project, you know? Or even like Beck.

Nick: - But I think... especially with experimental electronic music... I think it was just the Internet in general, to be honest. Technology becomes more and more widespread. I think Tumblr and Twitter, social media in general...

bvC: So there are no scenes anymore?

bvC: Usually a scene is defined by geography. Take "witch house," from a few years back, for example. People have said it's not a scene because it's on the Internet, but at the same time all these bands had a similar template.

Nick: People are mistaking that for genre. "Witch house" has become such a used term that it's becoming one [a scene] to most people. "Chillwave" is a similar story. I don't believe in using either term; sometimes I get caught with my pants down and I have to sort of save myself.

Nick: The worst is when people start throwing things around, like "dope-wave" or "chill-step." I've been called "chill-step," and it makes me want to shoot myself, you know?

bvC: What would you define your music as?

Nick: Experimental pop, avant-garde. It takes the "A-B-A-B-C form" and turns it on its head. One of the stresses that I'm going through with this record is cohesion; making sure that it fits. it's a very moody record. There are some tracks that are very calm, and then there are some tracks that are some of the angriest electronic shit that I've ever done. At the end of the day, does it flow? I don't want the climb to be too steep, if that makes sense.

bvC: - In your interview with Pitchfork, you brought up a lot of trip-hop acts -- Massive Attack, Burial... who else?

Nick: I was kinda using those to describe what others' go-to acts have been to describe my music. They're not even that much of influences. I can't say I studied Burial's records like other producers have.

bvC: What records did you study and/or deconstruct while making the record?

Nick: There were three records I listened to this summer almost exclusively -- a box set of Steve Reich's music, Replica by Oneohtrix Point Never, and Miss E... So Addictive by Missy Elliott. Missy is kind of like the Bjork of hip hop in a way, she has really eccentric ideas and flows. That was sort of my feel-good record, whereas the other two were more introspective.

bvC: That's quite an eclectic mix.

Nick: It's so easy as an electronic producer to get caught up in all this benign shit.

bvC: How do you mean?

Nick: Really... boring, overdone. Like, OK, you produce post-dubstep and you put an Aaliyah bootleg on your mix. C'mon, let me see something a little different, please?

bvC: All for experimentation.

Nick: Oh, and there's nothing that gets me more angry then when people say 'there is such thing as experimenting too much.' Never, absolutely no such thing as doing that, especially in music. Music at its finest is experimentation. It can make fans turn their backs, but then it attracts a whole new crowd of interested people.

bvC: How did your experience in punk bands and etc. branch out to you becoming a producer?

Nick: I'd always been interested in electronic music, but I had no idea what to do. Even two-years ago I saw people performing with midi controllers, the kind of shit you saw me doing at Schubas, and I looked at that like 'whaaaat is this?' It was fascinating. It has taken a lot of practice to be able to perform like I do currently. When I got to Chicago, and I'll never forget this, I was meeting up with some of my friends in one of their friend's rooms. These two guys were in there working on a track together. Those guys were Different Sleep and Soleman, who I'm now a co-member of the Svengali collective with. I studied what they were doing in that room, purchased my own gear, and started to build my sound.

Nick: It helps to be around nature; you feel a little more naked. It allows for a clear head. Also, I try not to listen to too much electronic music at that time. It clouds the process.

bvC: Yeah, I can see how you'd set yourself up for self-doubt and comparison in that sense.

Nick: Yes, so I try to avoid that by listening to a lot more classical, jazz, and/or heavy noise shit. I feel like if you're going in with any preconceived notions on how to make your record then you're automatically setting yourself up for failure. Just don't do it; simply make the record.