The once Chess Records-signed, Detroit R&B artist Andre Williams is set to unveil his new album, Hoods and Shades, on February 28th via Bloodshot Records. The LP was recorded in his hometown by GRAMMY award-winning producer and musician Don Was (Bob Dylan, Bonnie Raitt, Roy Orbison, and more), featuring special guests like Motown legend Dennis Coffey, The Dirtbombs' Jim Diamond, Dirty Three drummer Jim White, and more. A Bloodshot presale will be active at midnight TONIGHT (2/01).

We were able to catch Andre at the Jay Pritzker Pavilion in May, opening up for label mate Justin Townes Earle. More pictures like the one above can be found HERE. Go see the bluesman and his current band The Goldstars at the Hideout on March 23rd, with support from Jon Langford and his Skull Orchestra. Tickets are on sale now.

Check out Hoods and Shades' cover art and some videos, below.. 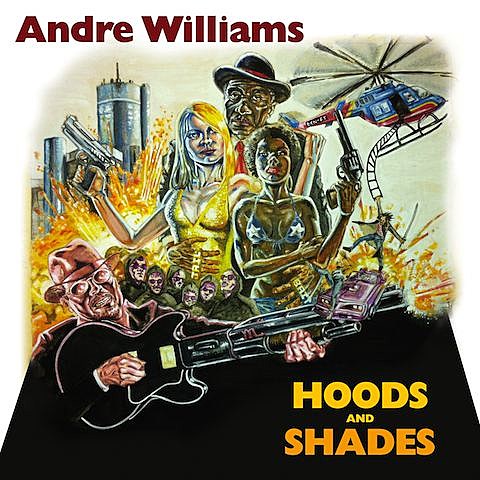