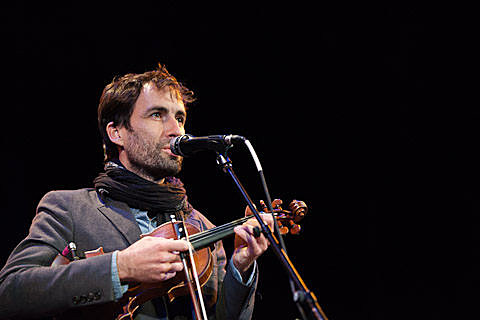 Andrew Bird has just announced the release of his new album Break It Yourself, out March 6th in the US (5th internationally) via Mom + Pop Records. Produced and recorded entirely by Bird himself at his Western Illinois barn-turned-home-studio, the LP will serve as the highly anticipated follow up to 2009's Noble Beast.

Shortly after its release, he'll embark on a 3-month North American tour, which comes to a close at our own Auditorium Theatre on May 12th. Tickets go on sale this Saturday (12/10), at 10AM CST. Stay tuned for pre-sale information. If you're a member of Andrew's fan club, you can purchase tickets now.

All tickets (both pre-sale and general sale) come with a digital copy of Break It Yourself (link active at midnight on March 6th), a five-song live EP dubbed Fake Conversations from his October 2011 tour (inboxed to you within a few days), and the promise of a forthcoming live EP from this tour (delivered in the spring on 2012). Not a bad deal, huh?

Head below for all upcoming tour dates, and a Break It Yourself teaser video..