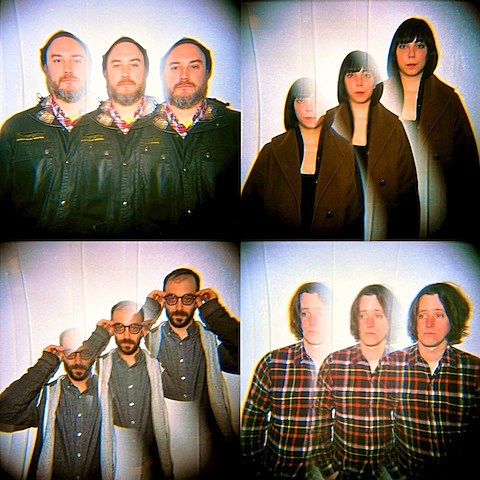 Philly foursome Arc in Round released their debut self-titled LP in late-June via La Société Expéditionnaire. The album-- which was produced by guitarist/vocalist Jeff Ziegler, whose production credits include fellow Philadelphians Kurt Vile and The War on Drugs-- falls somewhere between shoegaze and experimental post-punk. It's a good place to be. You can download the album tracks "One-Sided" and "Hallowed" at the top of this post. Stream the album in its entirety below.

Arc in Round are slated to kick off a short string of dates with Chicago's Invisible Things, with a show at Quenchers on August 31. Speakerdust are also on the bill, and tickets will be for sale at the door. AiR will also be playing some dates with Frightened Rabbit in October. They'll join up with the Scottish band in Chicago on October 11 for a show at Lincoln Hall. That show is sold-out, but maybe some more tickets will be released.

All Arc in Round dates and a stream of their debut LP are below...