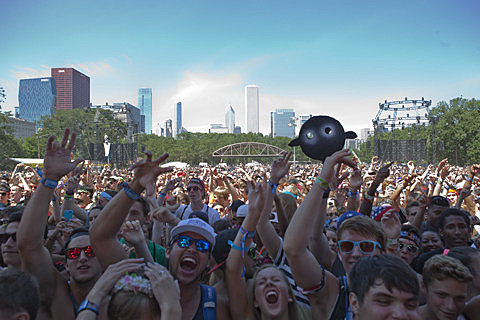 The Lollapalooza 2014 lineup isn't due to be announced until next week, but Greg Kot reports that "industry sources confirm that the headliners will include Eminem, Skrillex, Kings of Leon and Arctic Monkeys." As per usual, Lolla '14 is slated to take place in Chicago's Grant Park, from August 1-3. Kot also says that tickets are scheduled to go on sale next Tuesday (3/25), but there isn't any official word on that as of yet.