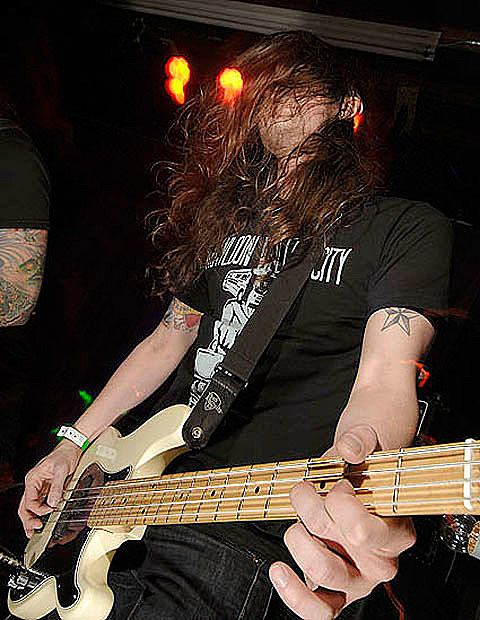 Psychedelic metal outfit The Atlas Moth are gearing up for a big weekend. They'll kick off Saturday (7/14) of the Pitchfork Festival with a 1PM set on the Blue Stage. Not headed to the fest and/or want to see a club show from the Chicago mainstays? They'll play the Ultra Lounge that night with support from Why Intercept, Jar'd Loose, and Encrust (tickets).

The Atlas Moth are also touring down to the Hopscotch Festival in late-August with Ireland's Altar of Plagues, which kicks off at the Ultra Lounge on August 31. Ticketing info is forthcoming.

In other Atlas Moth news, frontman Stavros Giannopoulos' side project Chrome Waves are set to make their live debut at the Cobra Lounge on August 10 (tickets). CW is a supergroup of sorts, featuring Bob Fouts (The Gates of Slumber, Apostles of Solitude) and Jeff Wilson (Nachtmystium, Wolvhammer). They released their debut EP in late-January, which you can stream four of six tracks from at the bottom of this post. Mares of Thrace, Pilgrim, Primitive Weapons, and Like Rats are also included on the bill.

All Atlas Moth dates are listed below, along with some some song streams.