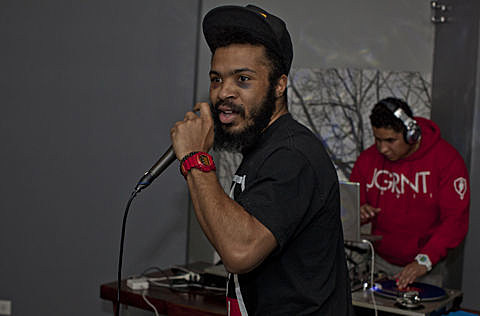 Chicago MC Auggie the 9th, who may be best known as ShowYouSuck's ever-present hype man, dropped his debut mixtape People's Court Complete today. People's Court began as a weekly installment of tracks, featuring Auggie rapping over beats selected by the public (hence the title). That collection of 10-tracks, which includes his overlays on Jay-Z's "You Don't Know," The Roots' "Get Busy," and more is available for free download HERE. You can also stream the mixtape in its entirety at the bottom of this post.

Auggie is currently working on a new project, dubbed #SWAG, featuring Stefan Ponce behind the boards. Stay tuned for that, and catch him live with ShowYouSuck.

A full stream of People's Court Complete below...