Autopsy at Chaos in Tejas (more by BBG) 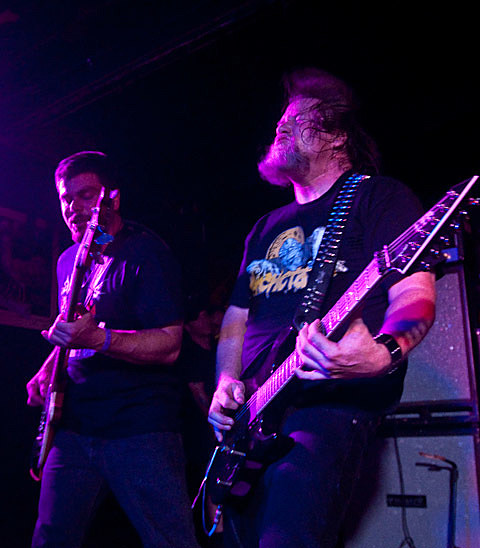 Oakland, CA death metal band Autopsy have added a rare Chicago show on Cinco De Mayo! The band will play a one-off show at Reggie's with Bones before they hit Maryland Deathfest X this year. Tickets are on sale.

As discussed on BrooklynVegan, Autopsy are preparing to release their new LP All Tomorrow's Funerals via Peaceville on February 20th. The LP contains new tracks, as well as compiles past EP's & rarities. Preorder yours now via Peaceville.

All tour dates and a video of Morbus Chron (who made my best of 2011 list) covering Autopsy's "Mauled To Death", below. ..