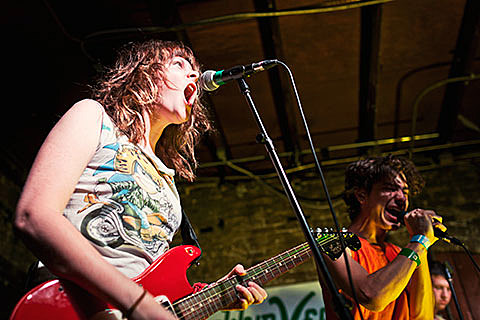 As discussed, The Thermals will roll into Chicago tonight (Thursday, May 16) on their North American tour in support of Desperate Ground. They'll be headlining Lincoln Hall with support from Chicago's great Bare Mutants and Toronto duo Moon King (ex-Doldrums). Advance tickets for tonight's show are still available.

Moon King play a couple of shows with The Thermals this week, including Chicago tonight, and then will wrap their month-long North American tour. They'll also play a few shows at North by Northeast in their native Toronto next month.

All known Moon King tour dates and a couple of song streams are below...

Bare Mutants - "Inside My Head"