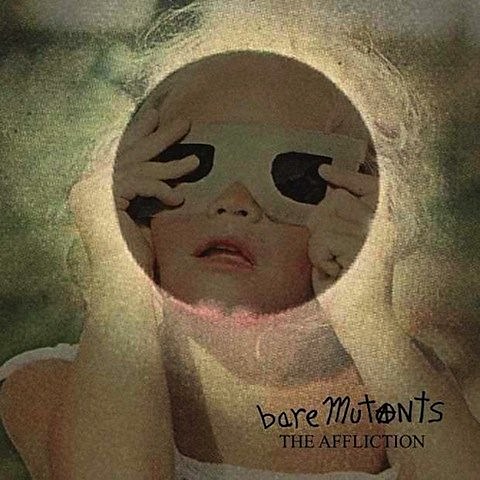 Bare Mutants, the project of former Ponys frontman Jered Gummere, are slated to release their debut album, The Affliction, on August 9 via In The Red Records. That's the LP's cover art above, and you can take a listen to its lead single "Crying With Bob" at the bottom of this post. Tracklisting for the album can also be found below. The single is a slow-burning ode to Empty Bottle doorman Bob, in which Gummere croons about friendship and being extremely bummed. The Affliction was recored at Engine Studios with Sanford Parker, and preorders should be available shortly via In The Red's webstore. As mentioned, you can catch Bare Mutants at the Empty Bottle on August 2 with Unknown Mortal Orchestra (tickets).

Gummere also has a new band in the works, called Acquaintances, who will be welcoming their self-titled, debut LP on August 6 via Epitonic/File 13 Records. The lineup is rounded out by Patrick Morris (Don Caballero, The Poison Arrows), Stephen Schmidt (Thumbnail, Chino Horde), Justin Sinkovich (The Poison Arrows, Atombombpocketknife, Thumbnail), and Chris Wilson (Ted Leo and the Pharmacists, Shake Ray Turbine). You can take a listen to the first cut from their forthcoming LP, called "Skin," after the jump. Vocal duties are shared between Sinkovich, Gummere, Schmidt, but Gummere takes the lead on this one politely sharing, "I'll rip off your skin / I'll eat your eyes."

Song streams from both bands and LP info. for The Affliction are below...