Battles @ the Vic in October (more by Zach Pollack) 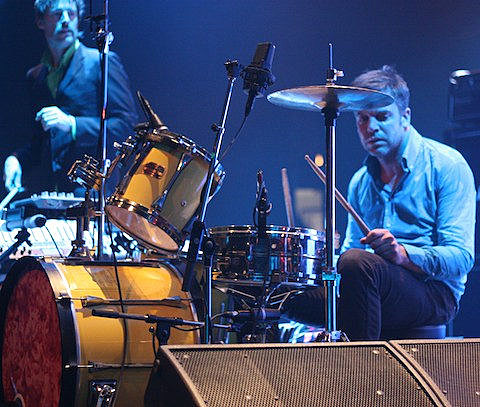 Battles, who were here in October to play the Vic, have announced a small (for them at least) club show at the Bottom Lounge on June 2. Tickets are on sale NOW.

As mentioned, the Do Division Street Festival takes place this year from June 1-3. Larger bands on the lineup have historically booked Chicago club shows on top of their festival appearances. As you may have noticed, Le Butcherettes are doing exactly that. Hm......

Battles' Chicago show is one of only three announced US dates on their schedule. The other two, which also take place in June, are Bonnaroo (June 9) and Westword (June 23). (thx Parker)

Stay tuned for more details. All dates and the band's video for "Ice Cream," below...