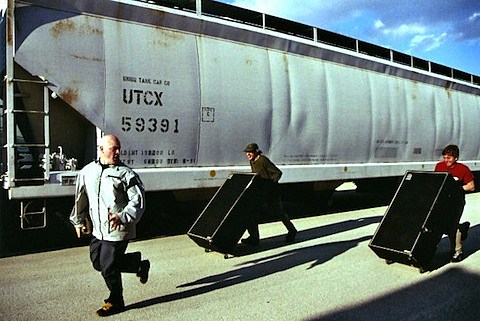 Chicago three-piece Bear Claw have been added as main support for Mission of Burma's September 29 show at Lincoln Hall. Tickets are still available.

Bear Claw have released three albums to date -- Find The Sun (2004), Slow Speed: Deep Owls (2007), and Refuse This Gift (2010) -- which were all recorded at Electrical Audio by Steve Albini. Bob Weston, who is a member of both Shellac and Mission of Burma, mastered their 2007 and 2010 LPs at Chicago Mastering Service. The trio create heavy, guitar-centric post-punk that is similar in style to Shellac. It's raw, real in-your-face kind of stuff. Stream a few of their tracks at the bottom of this post.

Bear Claw's next hometown show after they open for Mission of Burma is set to take place on October 26 at Quenchers. Police Teeth, Fake Limbs, and Book Burners will act as main support, and admission is a cool $5 at the door.

All Bear Claw dates and some song streams are below...