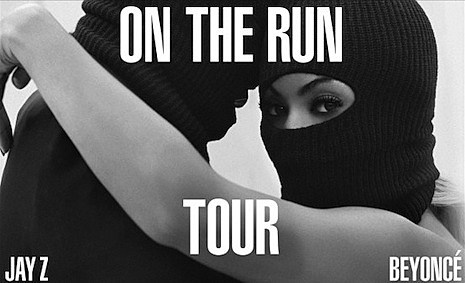 Power couple Beyonce and Jay Z have announced a joint summer North American tour, dubbed the On The Run tour, which is slated to kick off in late-June. That tour includes a performance at Solider Field on July 24 (where Jay played in 2013 with Justin Timberlake). Tickets for the Chicago show go on sale to the general public this Friday (5/2) at 10AM CST. A Chase Cardmember presale begins on Tuesday at 10AM, and Beyonce.com // VIP package presales will be active at 8AM. There is also a Facebook presale set for Wednesday at 10AM and details for that one are coming soon via Jay and Bey's Facebook pages.

All On The Run dates are listed below...