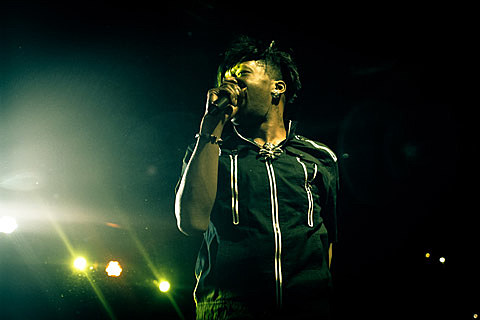 Big Freedia, the Queen Diva, the Night Creepa has just announced that she'll be returning to Chicago's Empty Bottle on April 13 (Friday the 13) as part of her spring North American tour. Kicking off in just a few days in San Francisco, this set of dates leaves a bunch of space for SXSW shows (though nothing has been announced) and speaking of Austin, she'll be performing at Chaos in Tejas in May. Tickets for the Chicago show go on sale tomorrow (February 24), at 10AM CST.

Freedia recently visited NYC, playing a last-minute 2AM show at the Brooklyn Bowl. Right around the same time a recent Jimmy Kimmel Live session aired, which taught viewers across America how to shake it (footage below)!