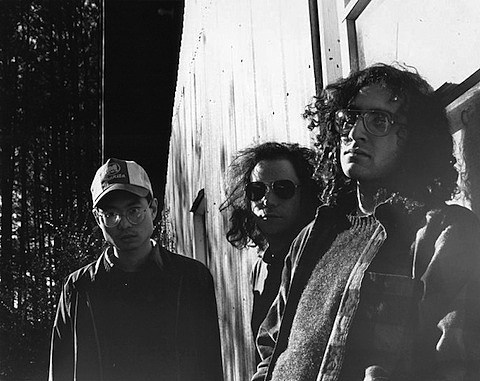 Late-80s post-hardcore outfit Bitch Magnet reunited for ATP's Nightmare Before Christmas in 2011 and played a few other shows outside of that. Bitch Magnet are set to return to the US this year for a very brief run of dates in October. You may already know that they'll be playing NYC's Le Poisson Rouge on October 25, and Chicago and San Francisco shows have just been announced. The Chicago show is set to take place on October 28 at the Empty Bottle, which serves as their first Chicago show in 22-years. Tickets go on sale this Friday (8/3) at 10AM CST. The San Francisco show is happening on October 23, and there has also been talk of a Seattle performance.

Temporary Residence Limited reissued Bitch Magnets three LPs last year, as a 3-CD/3-LP anthology. You can order it via the label's webstore.

All Bitch Magnet dates and some videos are below...