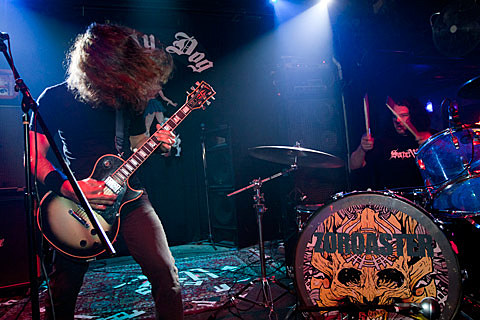 Like any good metal band, Black Cobra (who just returned from Roadburn 2012) will pay tribute to Lord of the Rings, but they'll do it in their own way. The two-piece sludge-doom killers are heading down to Australia and New Zealand in a few days (where the series was filmed). OK, maybe that's not why they're going there. Regardless, they'll follow that up with another set of North American dates, this time with Corrosion of Conformity, Torche (who are streaming their new LP Harmonicraft in its entirety at Spin) & Gaza, though not all bands are on all dates. The tour includes a stop in Chicago at Reggie's on June 30th with Gaza (who have a new LP coming).

All tour dates at BrooklynVegan. Some video of Gaza and Black Cobra are below.