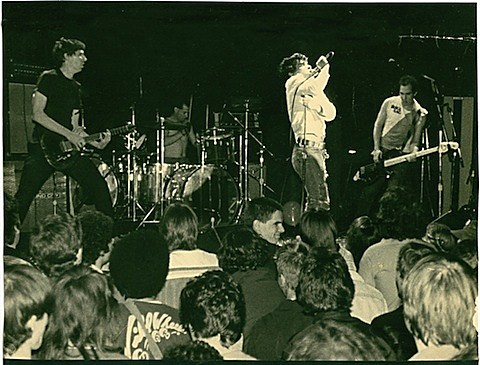 As you may already know, Black Flag have reformed and will be releasing a new album sometime this year. Their lineup consists of Greg Ginn on guitar, Ron Reyes on vocals, Gregory Moore on drums, and Dale Nixon (which is just Ginn's pseudonym) on bass. That lineup are beginning to reveal some summer tour dates, including a pair of shows at Reggie's on June 8 & 9. Good For You will act as main support, and tickets for both shows go on sale this Saturday (2/23) at noon CST.

In related news, make sure not to confuse Black Flag with the Keith Morris-fronted FLAG.

All known Black Flag dates are listed below...