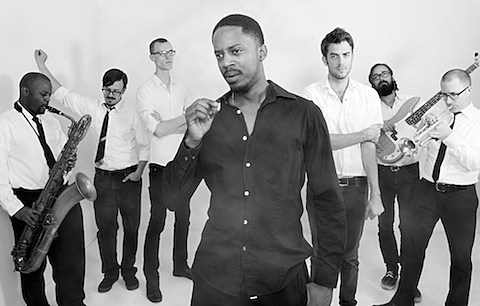 Texas blues band Black Joe Lewis & The Honey Bears are currently touring their way to Chicago, for a New Year's Eve performance at the Double Door. Support will come from the Soul Summit DJs and tickets (which include an open bar) are still available. The group have had a great year so far, which included the release of their Jim Eno-produced LP Scandalous, a tour with Sharon Jones, and an appearance at Fun Fun Fun Fest.

They'll keep the momentum going, when they join up with Flogging Molly for some dates in mid-February. The two bands will hit Chicago's massive Aragon Ballroom (where The National just played) on February 18th. Tickets just went on sale last weekend.