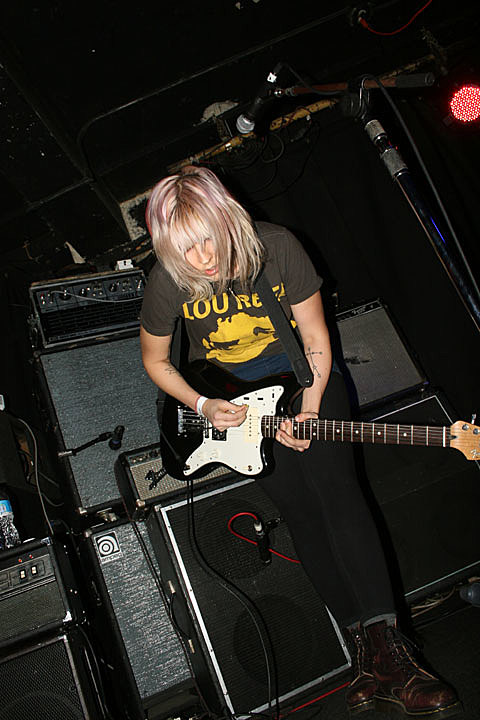 Philly-based noisepop outfit Bleeding Rainbow entered hometown studio Fancy Time in June to track their fourth album. It was recorded by Kyle "Slick" Johnson (Modest Mouse, Wavves, Cymbals Eat Guitars) and should be due out soon. Their forthcoming record will serve as the follow-up to Yeah Right, which hit stores in January via Kanine Records. Last week, BR played a great new track called "Start Again" at Brooklyn's Death by Audio and you can check out some video footage at the bottom of this post. No word on if the song will appear on their new album.

Bleeding Rainbow will be embarking on a fall North American tour later this week. That tour includes a performance at DIY spot Animal Kingdom on August 29 with Heavy Times (who they also play a couple of other upcoming Midwest shows with), The Sueves, Ne-Hi, and The Lemons. $5 will get you in and the show starts at 9PM.

All Bleeding Rainbow dates, a flyer for their Chicago show, and video footage from DbA lie after the jump...