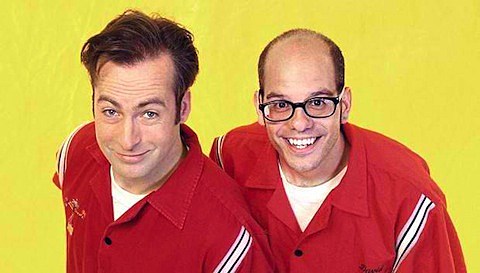 As discussed, Bob Odenkirk, David Cross, and their Mr. Show affiliate Brian Posehn are heading out on a fall U.S. tour together. Dates are selling fast, like their 7:30PM performance at the Vic Theatre on September 20 (sold out), but they've been adding second shows in many cities. This includes Chicago, where they'll also be playing a 10PM show at the Vic on 9/20. Tickets for the late-night gig go on sale TODAY (Friday, July 26) at 10AM CST.

We also let you know that the trio will be teaming up for a performance at the intimate UP Comedy Club on September 21. Unfortunately, we still don't have any additional details to share on that one. Stay tuned to UP's calendar for updates.

All known dates are listed below...