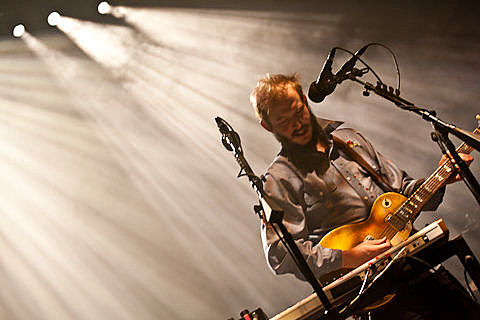 English singer-songwriter Lianne La Havas got things started. Her soulful, eclectic voice was accompanied by well-arranged, finger-picked sections on an electric guitar. Song narratives, which she announced before playing each one, dealt with love, hate, and the stupidity of ex-boyfriends. With one EP (Lost & Found; Rough Trade - 2011) to her name, and a full-length in the works, I'm hard-pressed to believe that this is the last you'll be hearing of Lianne.

After a short set changeover, the 9-piece Bon Iver took the stage, launching directly into their 2011 self-titled album's percussive opener, "Perth." An ambient interlude brought the gentlemen directly into "Minnesota, WI," exactly as the record does. Frontman Justin Vernon then gripped the mic and calmly said to the massive crowd, "Hello, everyone." He said this was their first basketball stadium before introducing "Towers," which is apparently about college basketball (Was this taken into account while booking the gig?)

Even under these massive conditions, the extremely talented band were able to pull off bone-chilling renditions of their recorded material. For me, this manifested most in "Michicant." There's a certain airy, hushed feel on the track - you can almost feel Vernon's breath between lines and they were able to make that happen live.

On separate occasions, we received spotlight solos from two of the band's most prolific members; violinist Rob Moose and avant-saxophonist Colin Stetson. Original (4-piece) Bon Iver-member Sean Carey (who just played a sold out, solo show at Schubas) sang on most songs from behind his drumset. At first glace, the lineup size seems excessive, but each musician brings something specific and worthy to the proverbial table. No song was played verbatim to its studio version (nor should they have been). Tracks like the already-thickly layered "Creature Fear," saw waves of searing guitars and pounding percussion.

Vernon, now on stage by himself, played For Emma, Forever Ago's final track, "re: stacks." The full band then returned for "Calgary," "Beth / Rest," and "The Wolves (Act I and II)." After a quick exit, and a few minutes of cheering from thousands of people, a three song encore of "Flume," "Skinny Love," and finally "For Emma," which Vernon said was for "all his old-time peeps in the audience," was had.

It's pretty clear that the now-Grammy nominated Vernon has been grappling with fame lately, but he hasn't lost one ounce of his charm: still just the same guy from Eau Claire, Wisconsin.

More pictures of Bon Iver's set (none of the opener unfortunately), some videos, and the setlist, below.. 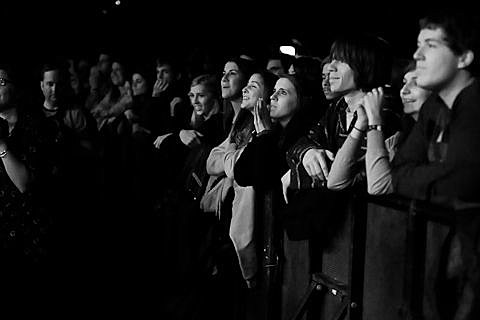 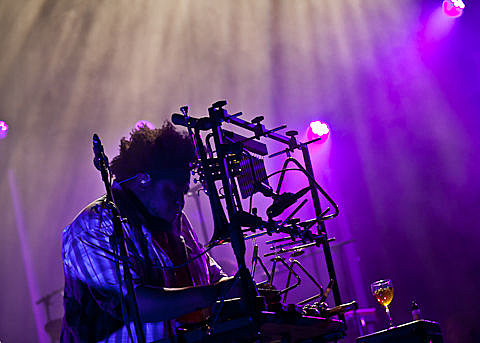 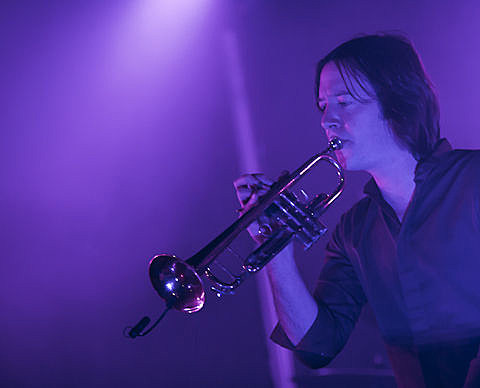 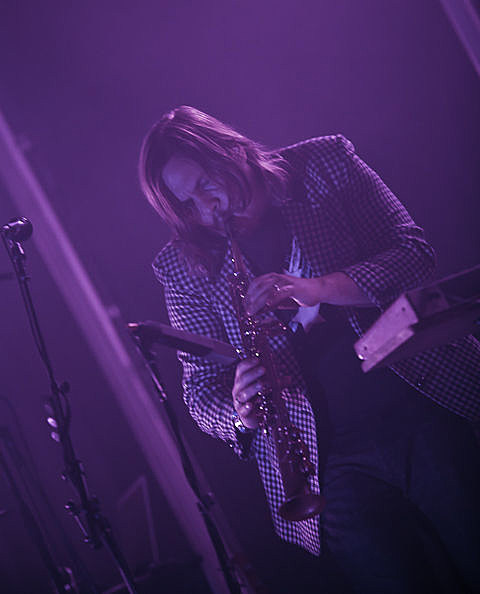 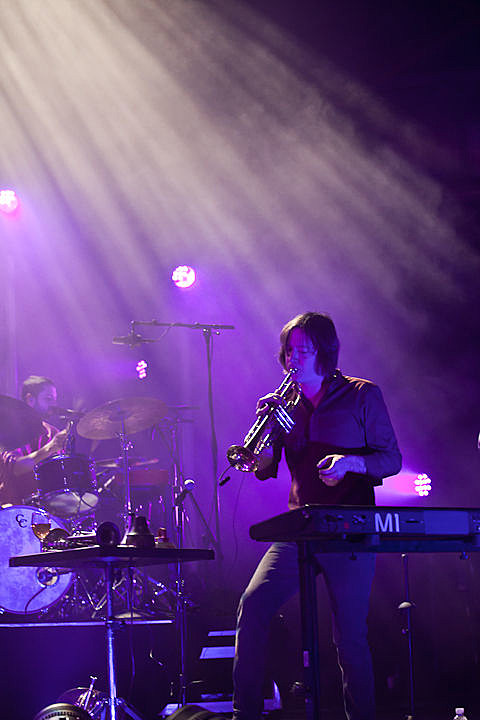 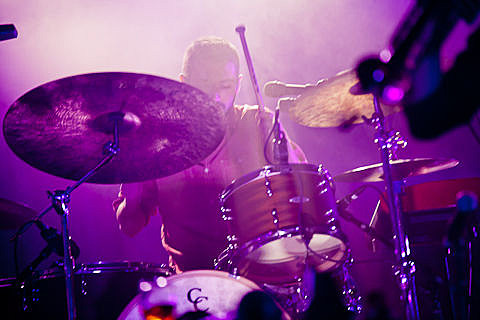 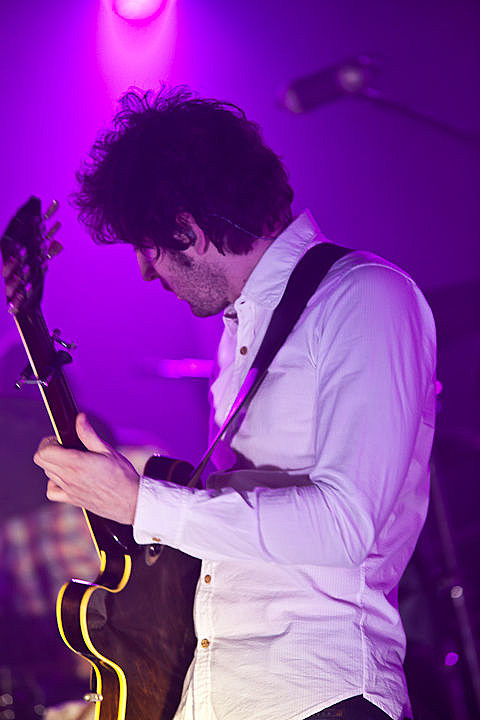 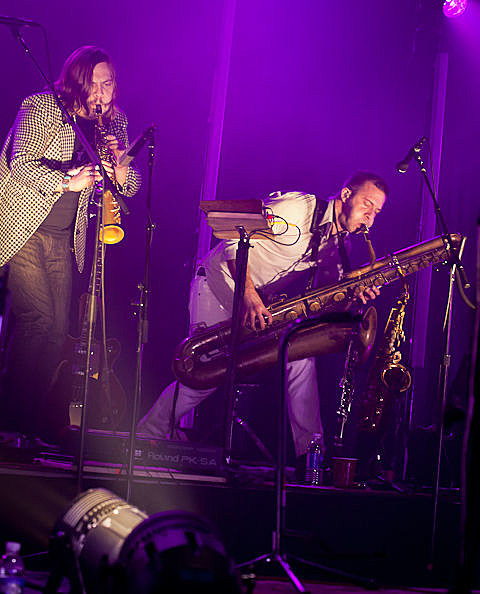 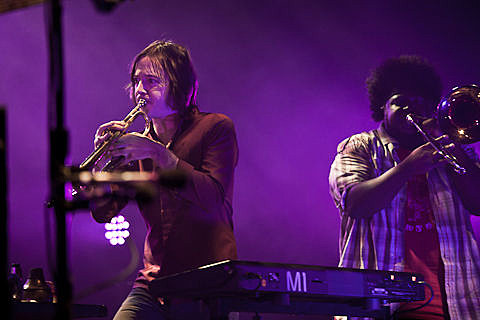 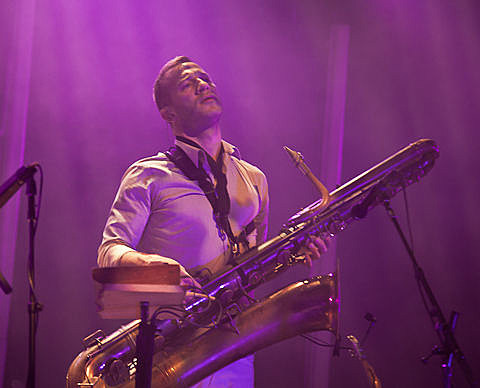 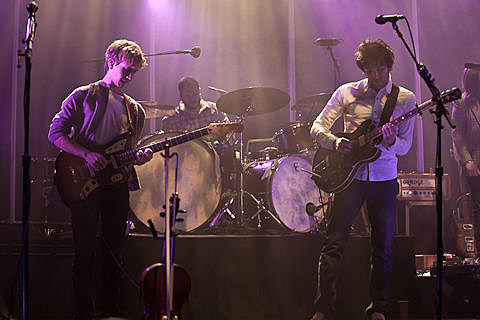 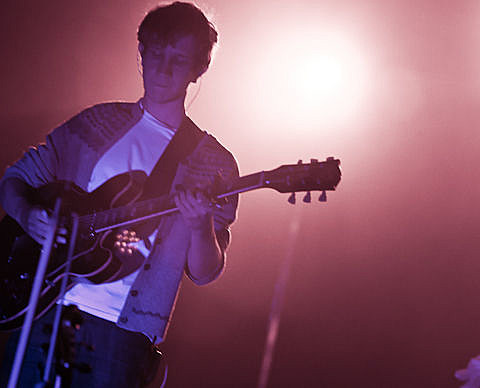 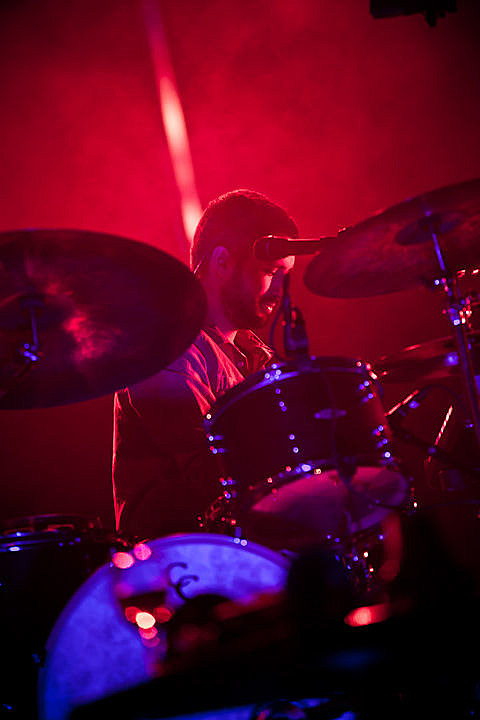 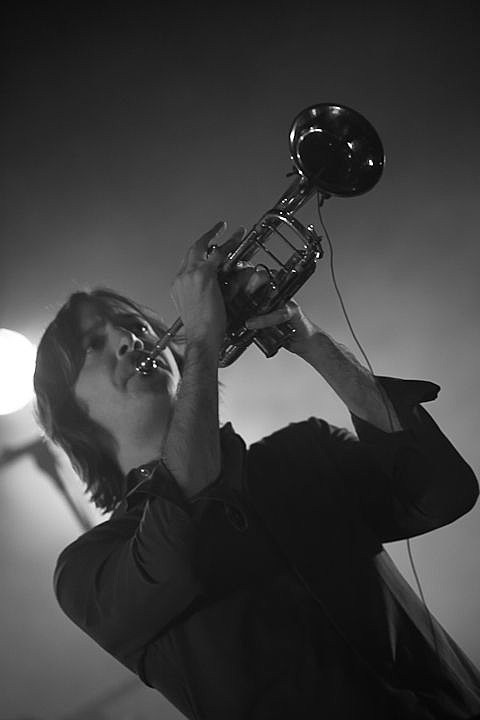 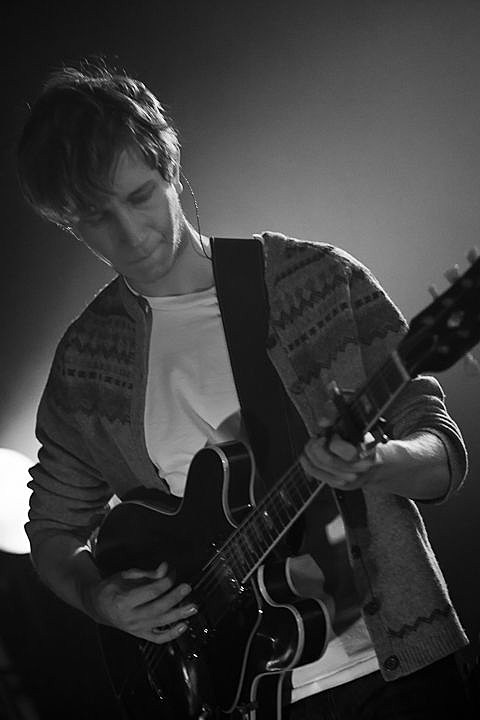 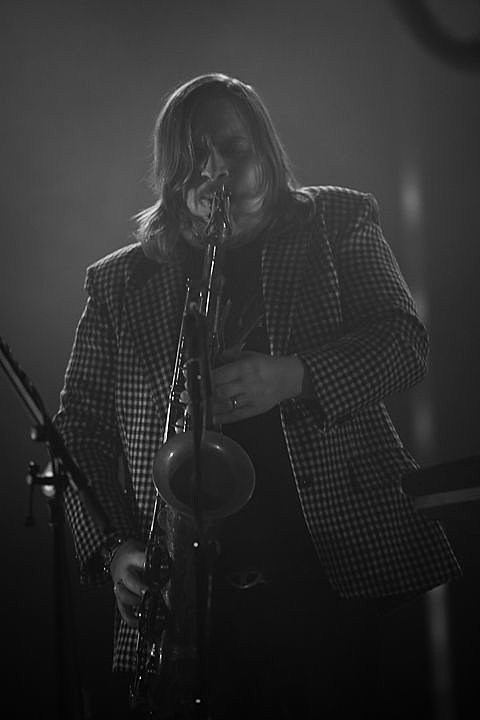 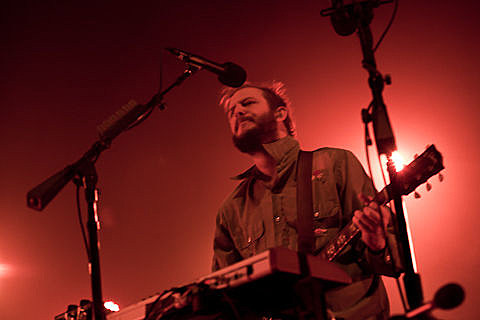 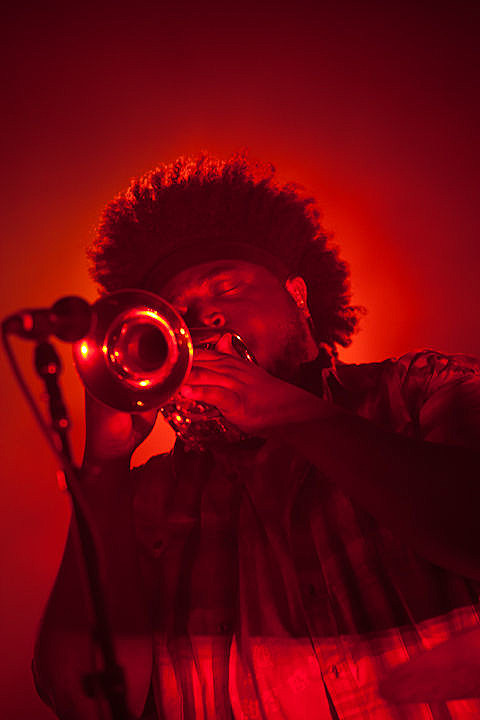 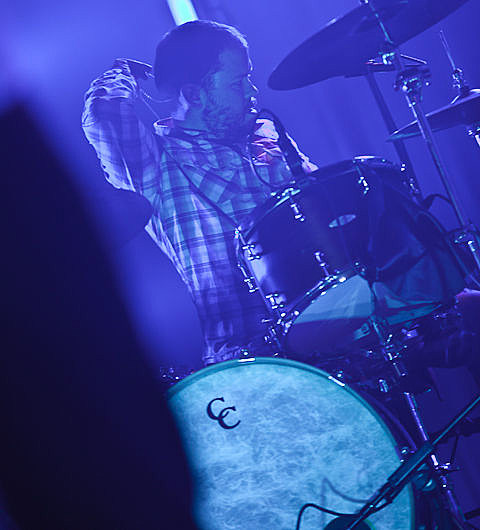 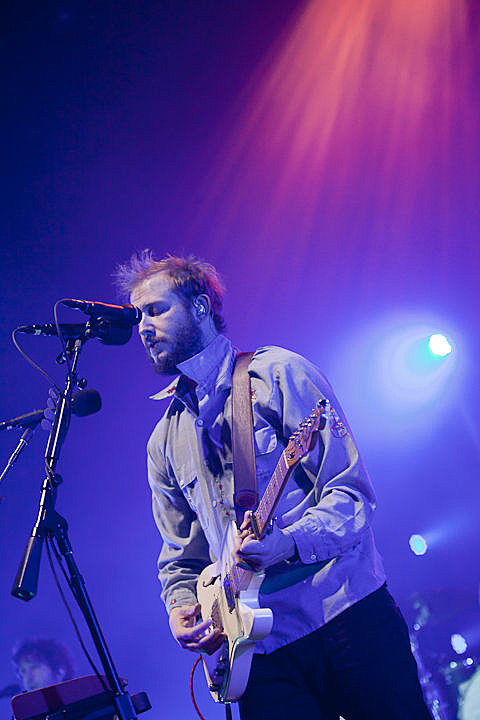 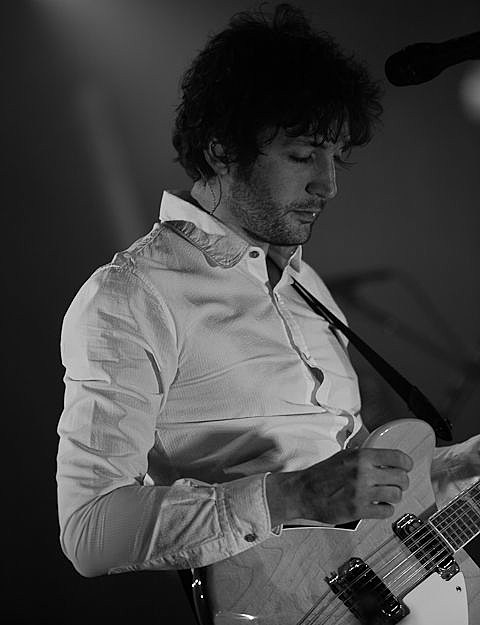 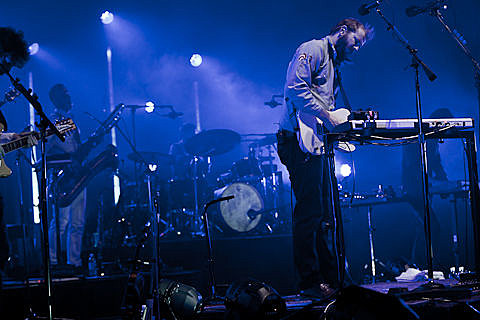 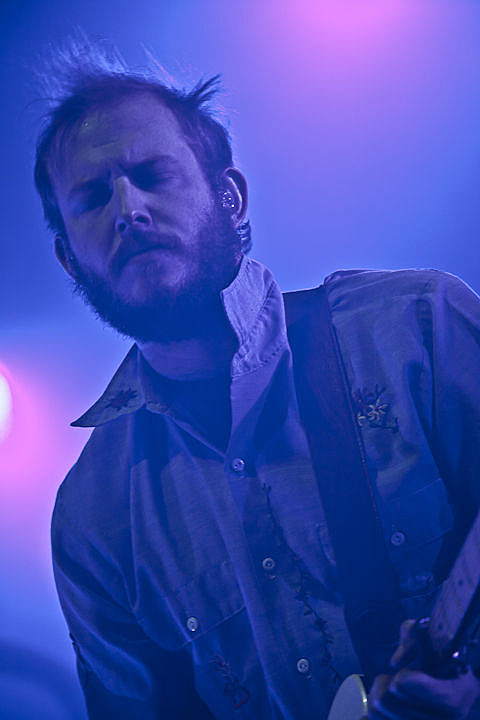 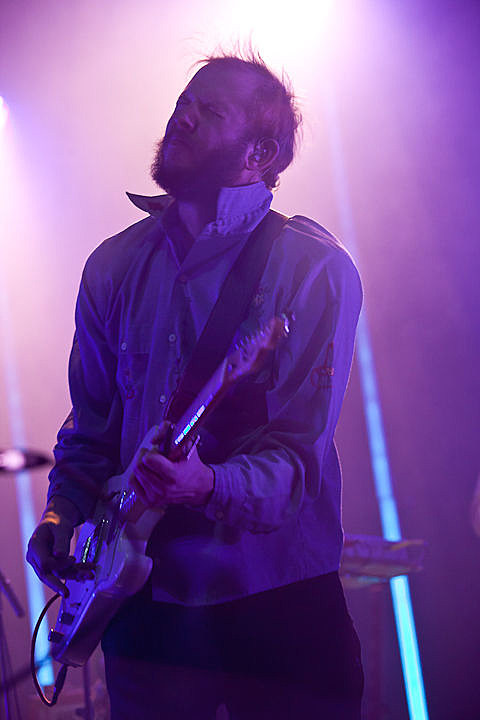 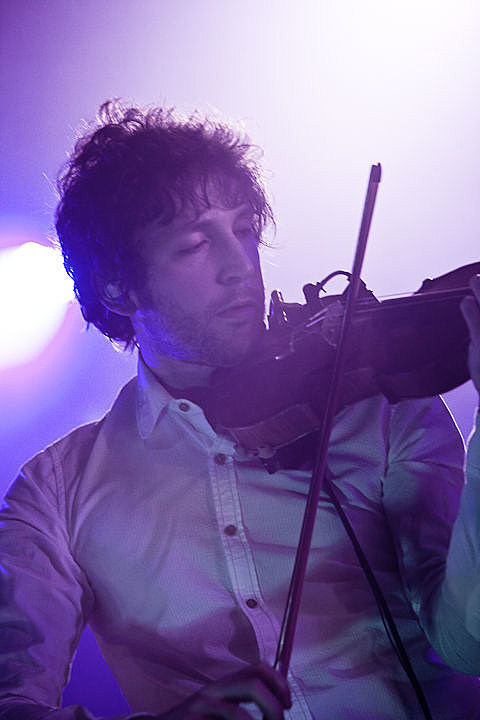 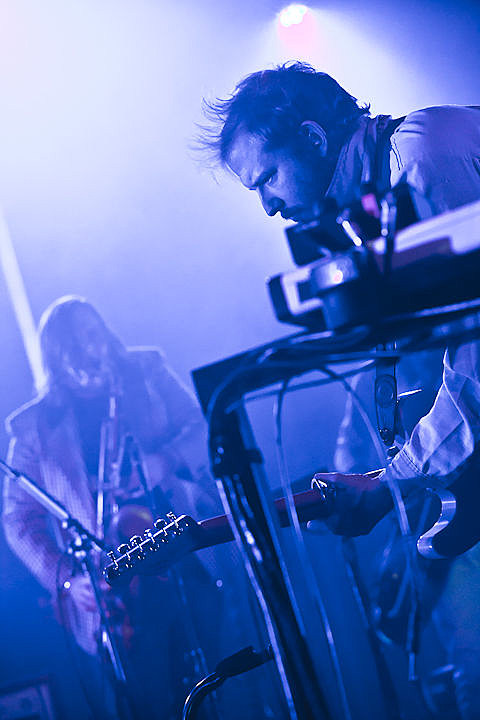 special thanks to pjmajer for all of the below videos.
--