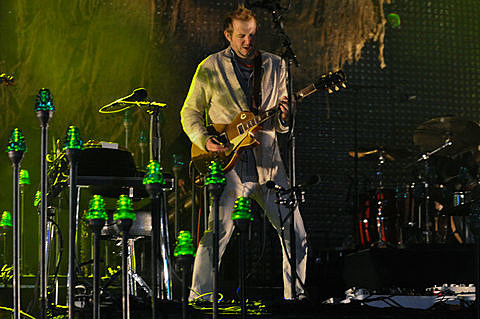 Grammy award winning Bon Iver just played Coachella (pics at BrooklynVegan), where they performed hits like "The Wolves", "Beth/Rest", and of course "Skinny Love", all of which you can watch below. The setlist is down there too.

A month-or-so before,Coachella Justin Vernon did a powerful over of Anais Mitchell's "Coming Down" while on a radio show in Australia, which you can also check out in video form below.

Speaking of, as previously mentioned, Anais Mitchell is on tour and playing SPACE this Friday, 4/20 with Cuddle Magic. Tickets for her Illinois show are still available. Updated tour dates are listed below.

Though Bon Iver have no Chicago shows scheduled at the moment, they do have a bunch of shows in their future, including Coachella again next week and Bonnaroo in June. All dates and videos below...

Anais Mitchell's video for "Coming Down" from the album Young Man in America out via Winderland Records.