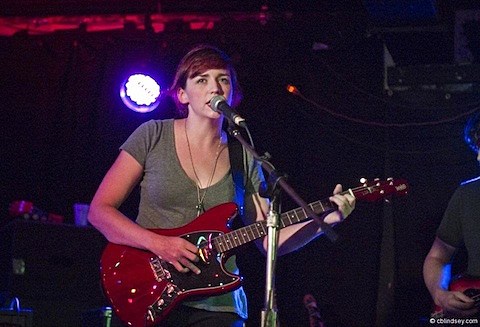 Since playing a BV Chicago-presented show in November things have been semi-quiet for Heather Smith and camp Bone & Bell. The band have been busy recording their debut LP and just added a few upcoming performances to their schedule, to showcase new material.

The first upcoming show will be this Friday (2/3) at The ACE Bar, where they'll open up for Shiloh and Chasing Shade. Tickets are still available. Next up is the previously announced Cate Le Bon show at Schubas on Valentine's Day (2/14), which they were just added to and also features Talkdemonic. Tickets are still available for that show too. The final show on their current schedule is at Quenchers on March 3rd, opening up for Whales and Minutes. Advanced tickets will not be offered; the venue has a suggested donation of $5. Make an effort to catch at least one of their excellent, upcoming live shows