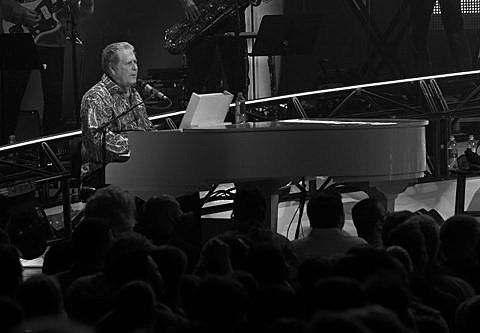 CIMM Fest 2014 begins tonight (5/1), yet as with any festival, changes do happen. In this case, it happens to be a great one: the often reclusive Brian Wilson will be joining award-winning director John Anderson's From the Cutting Room Floor panel via phone/Skype. The panel takes place in the lounge at The Logan Theatre on Friday, May 2 from 8-9:30PM.

Watch Brian Wilson and his band perform SMiLE live after the jump...