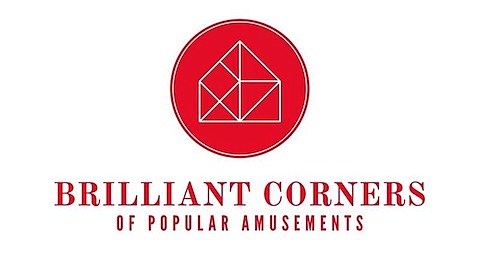 The second-annual Brilliant Corners of Popular Amusements festival is slated to take place from Friday, September 21 to Sunday, September 23 at the Riverfront Theater. Unlike last year's festival, which went down in the nearby Eckhart Park, BCoPA 2012 features smaller, more classic songwriter-centric bills.

The fest kicks off on Friday (9/21) with a headlining performance from John Cale, with opener Zola Jesus. As mentioned, Cale's new record, Shifty Adventures in Nookie Wood, hits stores on October 1 via Domino Records imprint Double Six. You've already heard the Danger Mouse-produced "Let Me Talk 2 U," and another track called "Face to the Sky." Look for him to preview material from his forthcoming album, and to perform songs from his expansive career. There's also a FREE, 10PM comedy show featuring Seaton Smith, the Puterbaugh Sisters, James Fritz, and Brandon Wetherbee.

On Saturday, September 22 you can catch Conor Oberst with opener and multifaceted legend Van Dyke Parks. As of late the 69-year old hasn't been up to too much, though his very lengthy (and still ongoing) career speaks for itself. As a composer, arranger, producer, and musician, Parks has worked with everyone from Frank Zappa to Joanna Newsom to Brian Wilson. He contributed lyrics to the Beach Boys' SMiLE, which finally saw its release in 2011. Also on Saturday: a 5PM matinee show from El Circo Cheapo, and another FREE late comedy show from Jon Benjamin (aka the voice of Sterling Archer on Archer), Drew Michael, Megan Gailey, and Brian Babylon.

BCoPA finishes off in a big way on Sunday (9/23) with a headlining set from Bobby Womack with Helado Negro, who has other shows this weekend. Booming soulman Bobby Womack's career slowed down in the late-90s/early 2000's, then, he resurfaced in 2010 with two killer guest spots on the Gorillaz' excellent Plastic Beach ("Stylo" and "Cloud of Unknowing"). His collaborations with Gorillaz mastermind Damen Albarn haven't stopped there. He was also featured on the Gorillaz' The Fall, and Albarn produced his 2012 LP, The Bravest Man in the Universe. Due to some health problems, Womack doesn't do very much touring. If he's on your live-show-bucket-list (I can't be the only one that has such a thing), this might be your only easy shot at it.

Tickets for ALL BCoPA shows are still available.