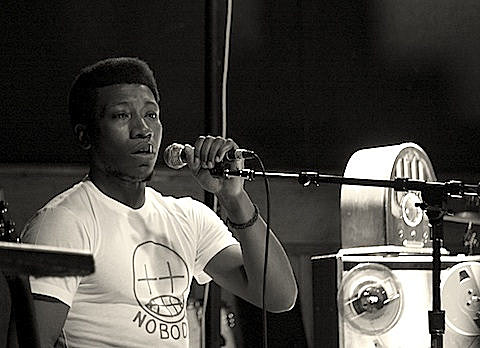 While browsing at Myopic Books this past February, I saw a peculiar flyer: "I want some friends & stuff," it read. "I am not a Weasel." It included a name--Willis Earl Beal--along with a phone number and a drawing of a slender black man, apparently a self-portrait. I tried calling the number that day--and then several more times over the next few months. In late May, I finally talked to somebody at the other end.

Beal, 27, turns out to be an aspiring artist in several disciplines--he draws, plays music, and writes poetry and fiction. "I like to believe I do art because I have to do it--it's like vomit," he says. "I don't do art because I love it so much. Not that I don't, but it's a natural thing."... [Chicago Reader]

Ever since the Chicago Reader profiled genre-straddling songwriter Willis Earl Beal last year, we've been hooked on the bedroom recording artist whose output ranges from deep, booming soul ("Same Old Tears," "Take Me Away," below) to anti-folk ("Evening's Kiss," below).

A lot has changed since that late-July Reader story, namely the fact that Beal has been signed to XL Recordings imprint Hot Charity, who will be releasing his debut LP, Acousmatic Sorcery, on April 3rd. As mentioned, he's also been tapped by label cousin SBTRKT to open a number of his North American tour dates before heading out on the road with WU LYF..

Before any of the above takes place though, Beal will be releasing an "Evening's Kiss" 7" b/w "The Later Parade" on February 21st, and BV Chicago is proud to present a FREE Willis Earl Beal 7" release show that's happening that night, at Cole's Bar in Logan Square, at 9:30PM. Opener TBA. First come, first served. Stay tuned for more details.

Video and all dates, including an April 19th show at The Hideout, below.... 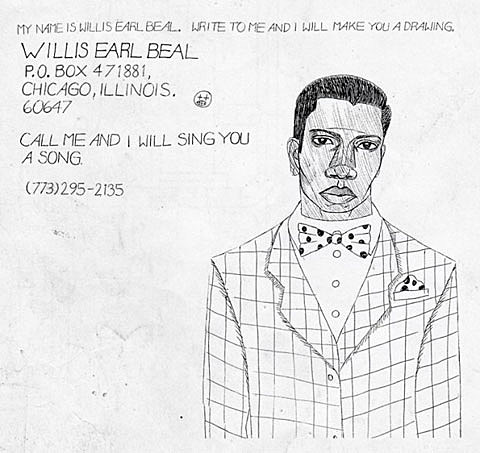