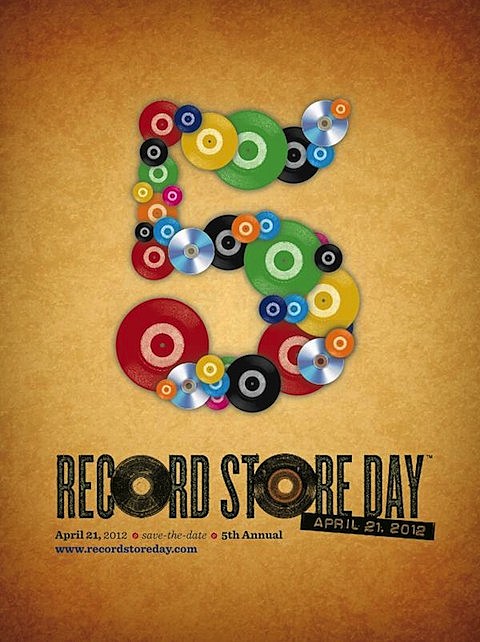 As you may know, the 5th annual Record Store Day is taking place this Saturday (April 21), at independent shops throughout the country. Reckless Records, Permanent Records, Laurie's Planet of Sound, Dave's Records, and many more stores throughout the city have A TON of stuff going on. Continue reading for a full breakdown of events...

----
Check with each shop you plan on visiting for specifics on exclusive RSD releases.
----
Reckless Records

They've also joined up with Three Floyds Brewing for exclusive giveaways and a show at the Bottom Lounge later that night.
--
Permanent Records

Permanent will be holding their annual Record Store Day midnight sale (Friday night) and will have performances on Saturday starting at 4PM, by: ONO, Psychic Teens, and Vyto B & The Band That Never Made It.
--
Laurie's Planet of Sound

No instores but, "candy! cupcakes! free stuff (until it runs out)!"
--
Saki Records 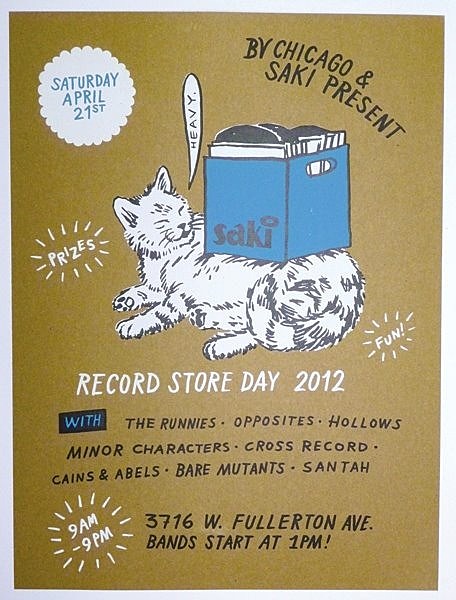 As announced, we've joined forces with Saki Records to bring you a full day of instore performances and more! The above poster, designed by Ryan Duggan, will also be for sale.
--
Dusty Groove America

As mentioned, The Numero Group are bringing their pop-up shop to the Empty Bottle this year. Later that night, CAVE, Hott Lunch, and ONO play a FREE (w/ RSVP) show at the bottle.
--
Gramaphone Records