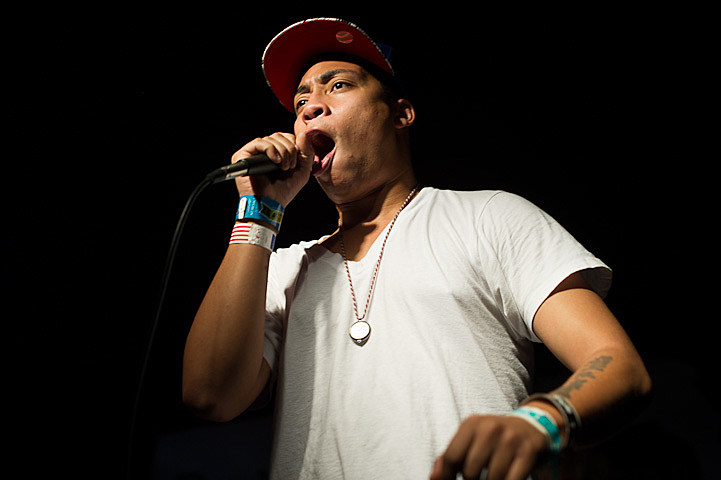 Canadian rapper/DJ Cadence Weapon (aka Rollie Pemberton) is set to release his new LP, Hope in Dirt City, on May 29 via Upper Class Recordings. On Hope in Dirt City, Pemberton creates an interesting blend of soul and old-school hip hop, with a hint of electronic music. The album kicks off with a short track called "Get On Down," featuring fast-paced, tongue-twisting lines and a drum beat reminiscent of Wu-Tang Clan's "Protect Ya Neck." Next up is a relaxed soul jam titled "Conditioning," which serves as the album's lead single and was remixed by both Doldrums and Grimes. Take a listen to all three versions of the track at the bottom of this post. Stream Hope in Dirt City in its entirety via Exclaim.

Cadence Weapon will hit the road with Japandroids in early-June, acting as main support on about three-weeks of their North American tour. He'll be on board for the duo's Chicago show, which is taking place on June 21 at Lincoln Hall. Tickets are still available.

All Cadence Weapon tour dates are listed below, along with some song streams.