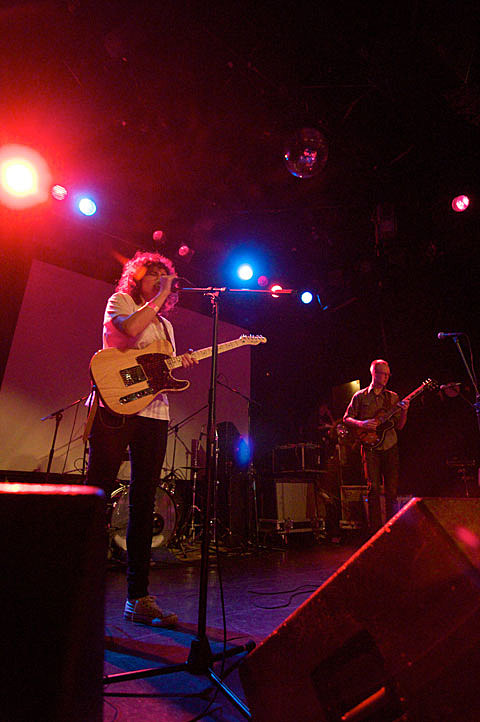 Brooklyn, NY's Callers played Schubas not too long ago, while on tour supporting Wye Oak. The trio have just announced their own headlining performance at the venue, set for October 15th. Tickets go on sale this Friday, at noon CST.

In a few days, the band will kick off a short run supporting Nat Baldwin. They also have an NYC gig supporting Colin Stetson, who (if you are lucky enough to have tickets) you can catch this weekend as part of Bon Iver's 9-piece band.

A number of days ago via Twitter, Callers had offered, "About to record a new track."
We're anxiously awaiting a follow up to their October 2010 release, Life of Love.

In April, they released a one-off track recorded titled "Ringer" recorded during the same sessions as Life of Love.
You can download it above, along with a few Life of Love tracks.