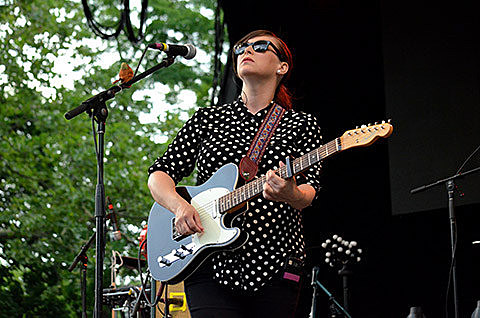 Record Store Day 2014 is roughly a month away and special releases are now crawling out of the woodwork. One of those is a Camera Obscura EP-- a four-track 12" called Session, featuring tunes from a 4AD Session they recorded in their hometown of Glasgow last summer. You can check out video footage of "Break it to You Gently" from the session at the bottom of this post.

CO will also be embarking on a summer North American tour in mid-July. That tour includes a performance at Pilsen's Thalia Hall on July 25, which we just told you is slated to open its music venue in early summer. Tickets for the Chicago show go on sale on April 5 at 11AM CST.

All Camera Obscura dates and footage of "Break it to You Gently" lie after the jump...