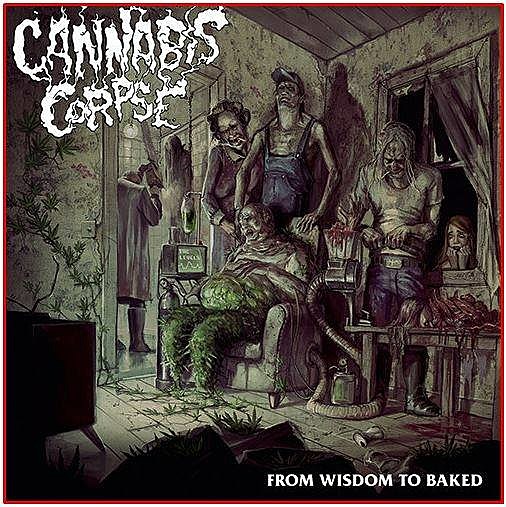 Richmond, VA's finest weed-themed classic death metal outfit Cannabis Corpse returns this week with a new, Gorguts-referencing full-length, From Wisdom to Baked, and they'll be heading out on a quick midwest tour in support of the new release. The "Land Phil" Hall-fronted band (he of Municipal Waste and Iron Reagan fame), will be stopping in Chicago to play Cobra Lounge on July 30th, where they'l be joining an already awesome bill that features Brooklyn's Mortals and Chicago's Immortal Bird. Tickets for that show are still on sale here. The group will also stop at Denver Black Skies Festival where they'll play alongside Brutal Truth, Nails and more.

Check out our recent rundown for more heavy shows happening in Chicago in July.

Full list of Cannibal Corpse dates, are below, and you can check out the new album stream at BrooklynVegan.