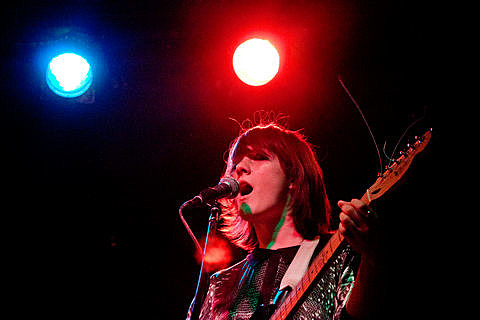 If two young darlings decided not to observe Valentine's Day, they could sneak into the strobe lit hall of Schubas and sway secretly in unison to what could've been the most romantic and intoxicating performance in all of Hal-marketed holiday history.

Le Bon bowed her head and began to lightly strum an electric guitar effected with mass amounts of reverb. Organs then chimed in with an eerie Doors-esque "Light My Fire" quality. Le Bon seemed to be channeling a tweaked version of Nico, with more bravado and crunch. The minimalism in each song built to an abbreviated-yet-powerful bridge, with guitar riffs and urgent percussion. She was intoxicating, an enigma with such gusto and etiquette. "Why thank you kindly," said Le Bon in-between songs. Closing out the show, she announced, would be CYRK's two-part summation "Ploughing Out Part 1 & 2.″ Cate Le Bon and co.'s triumphant performance finished with a sense of gratitude that Chicagoans are not accustomed to; the band spoke to any one who approached them with kindness and modesty, kissing their cheeks in parting ways.

Le Bons performance in Chicago, part of a tour that previously hit NYC, was warmly preceded by local four-piece Bone and Bell where followed by Portland-based duo Talkdemonic.

More pictures of the headliner and Talkdemonic (we missed Bone and Bell), below.. 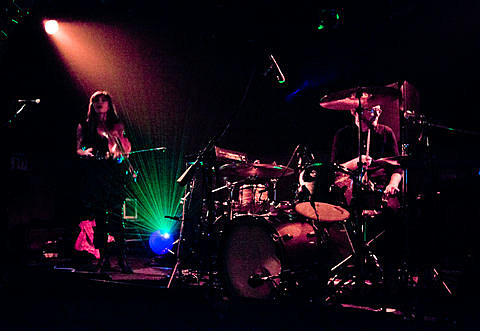 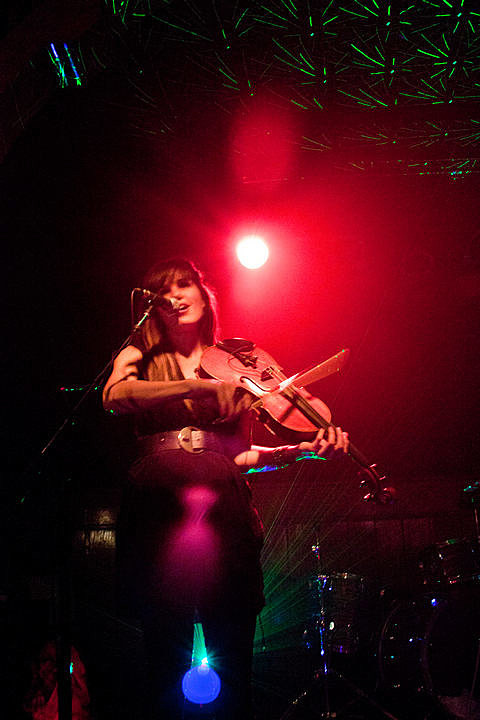 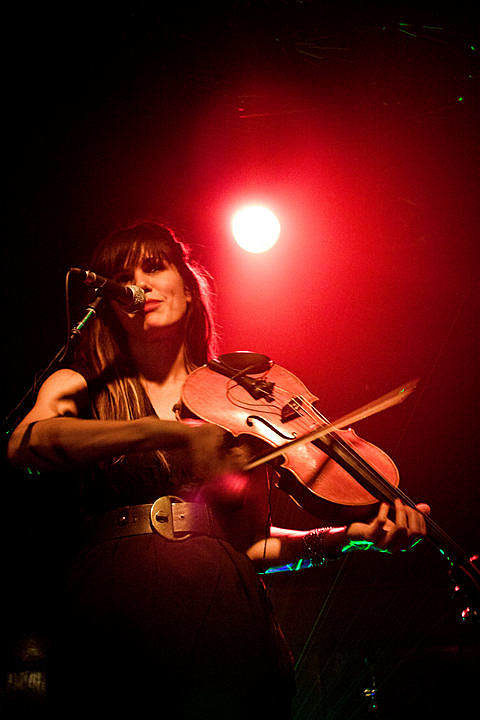 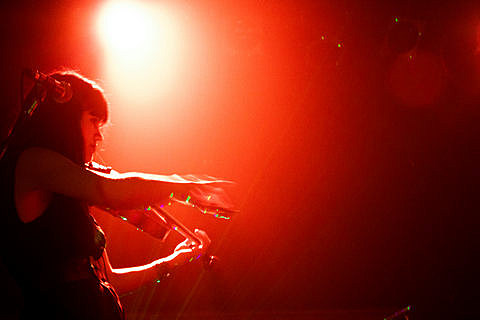 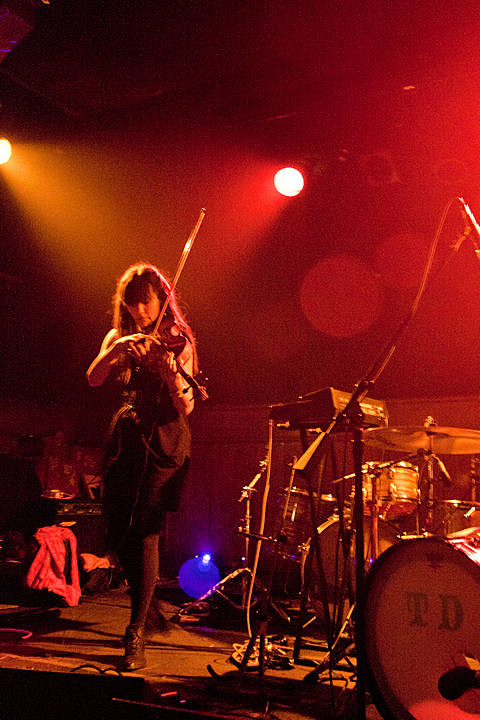 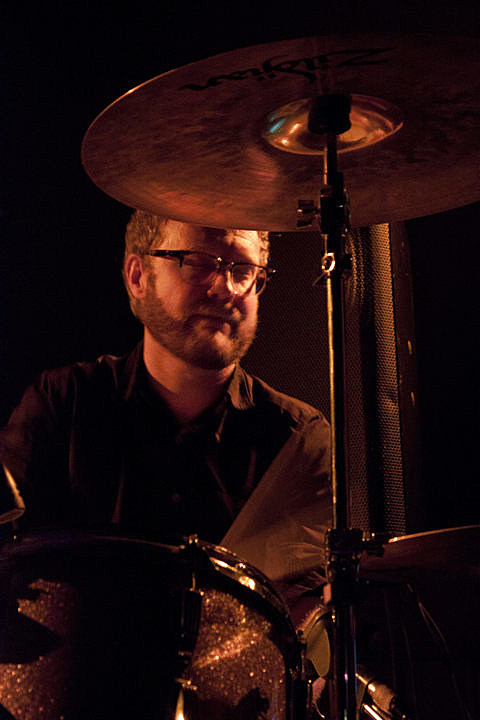 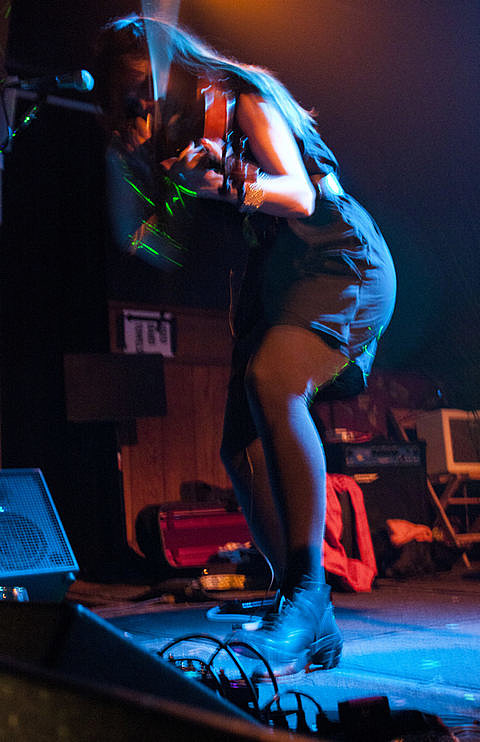 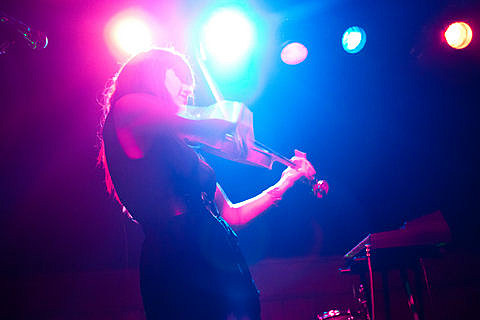 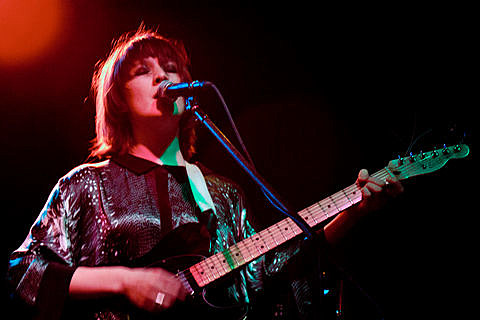 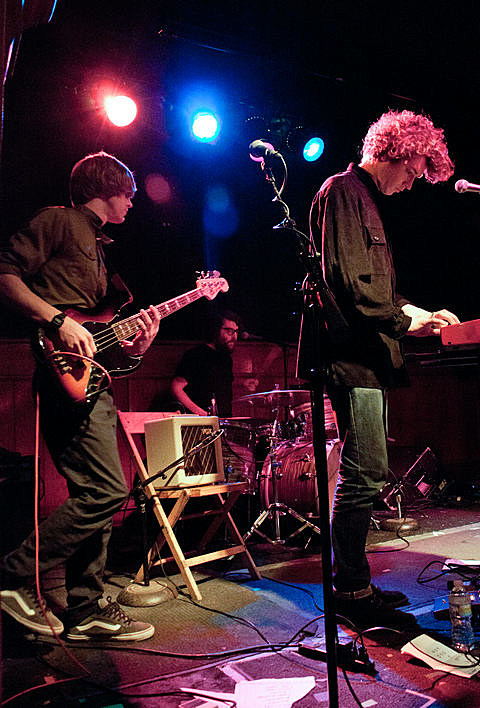 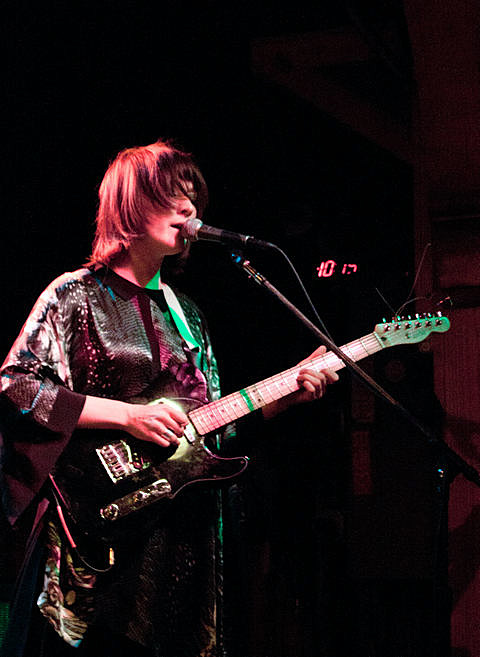 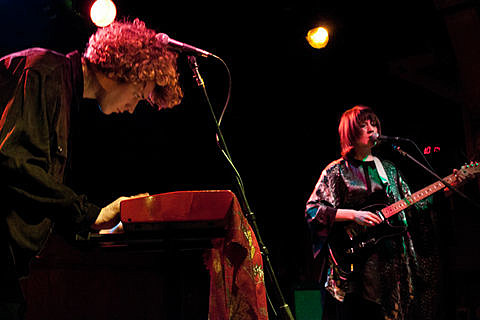 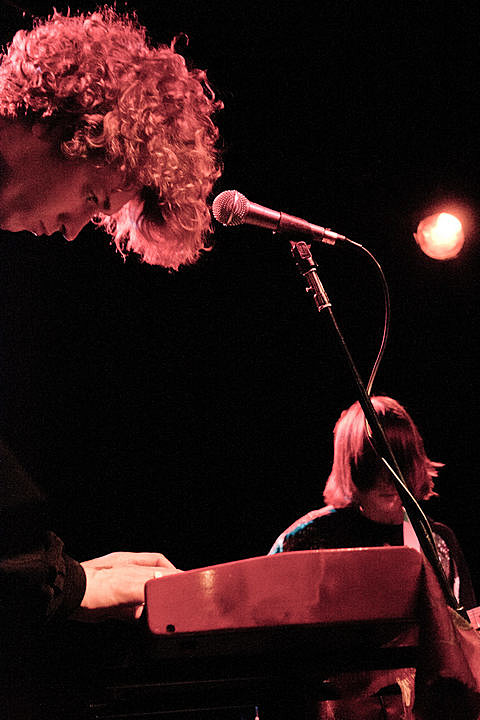 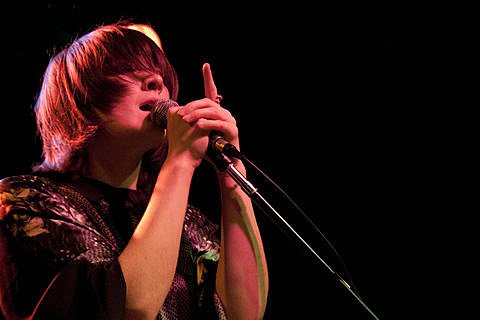 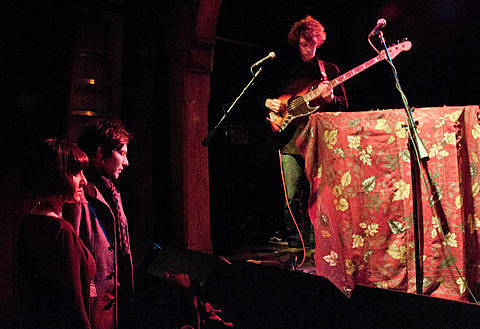 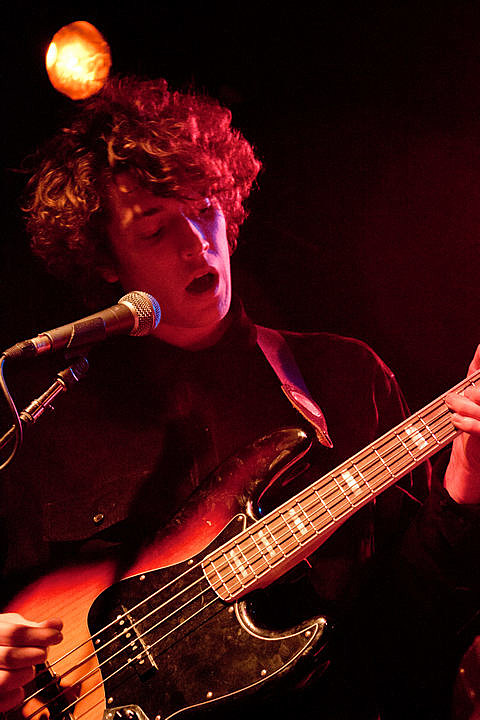 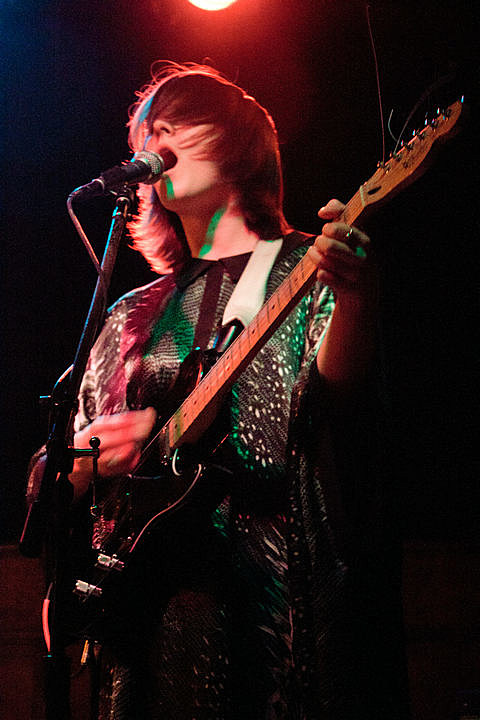 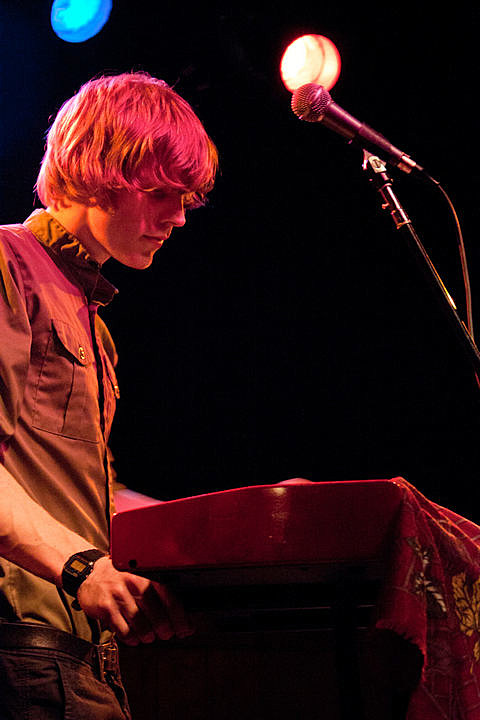 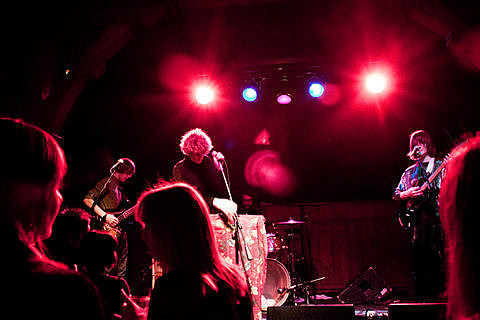 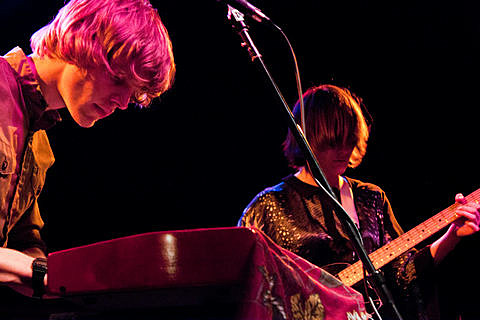 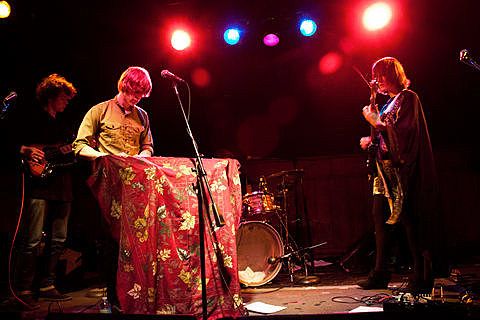 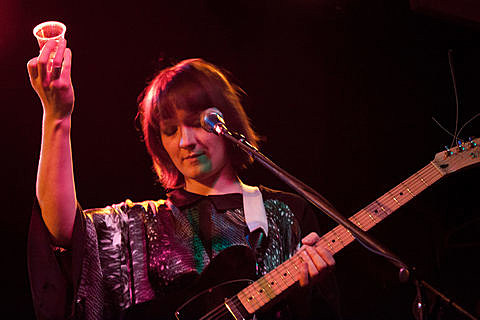 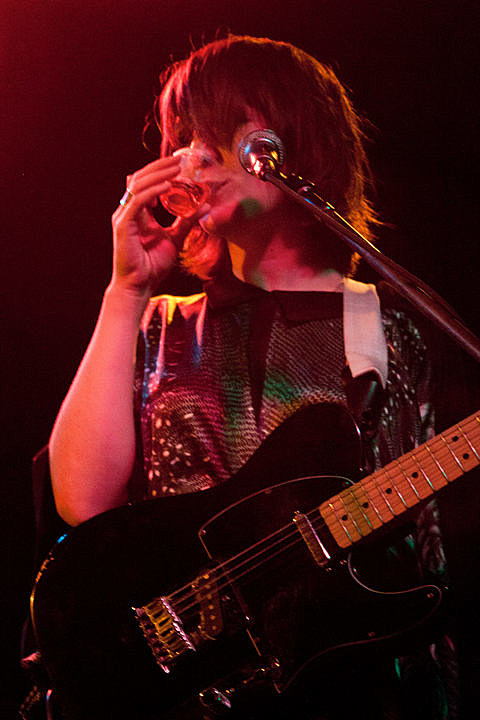 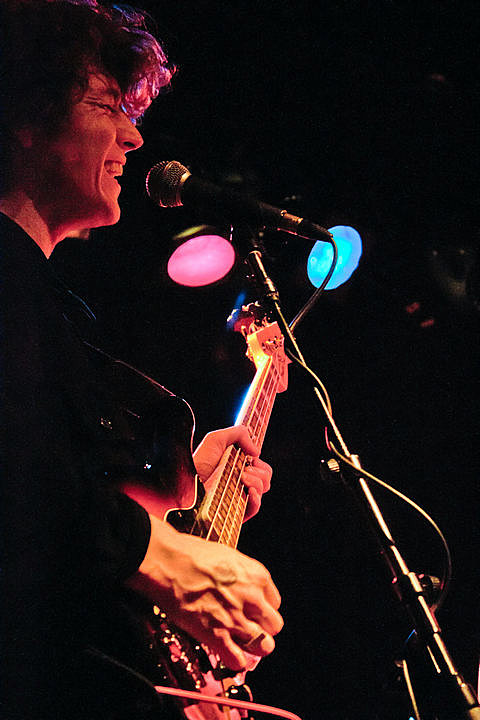 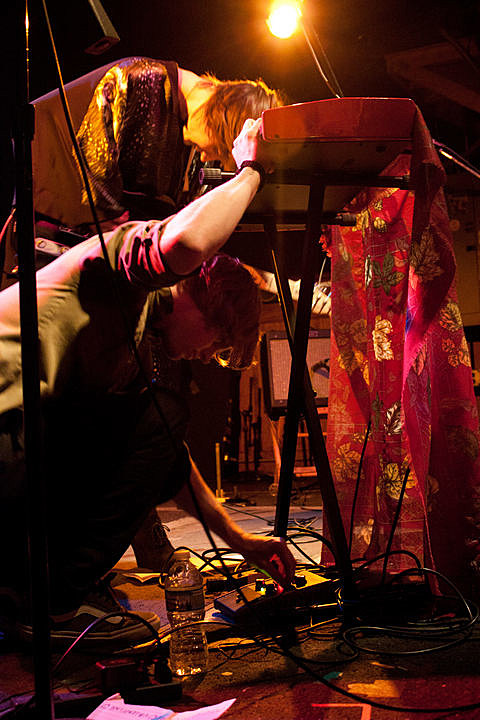 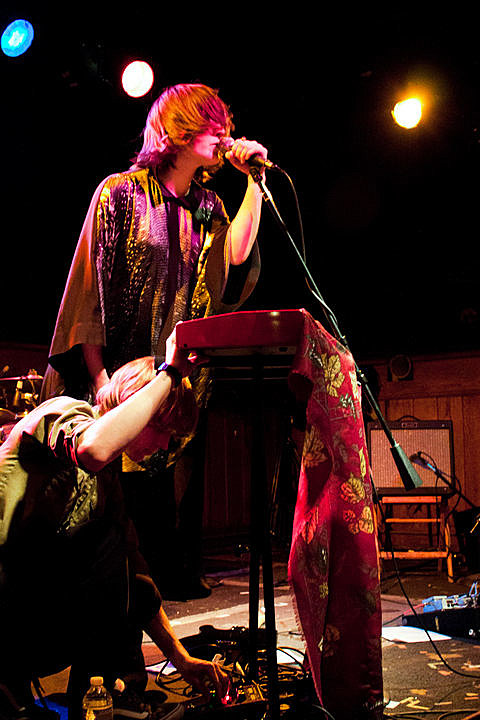 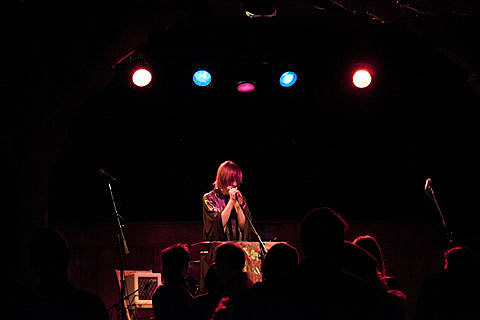