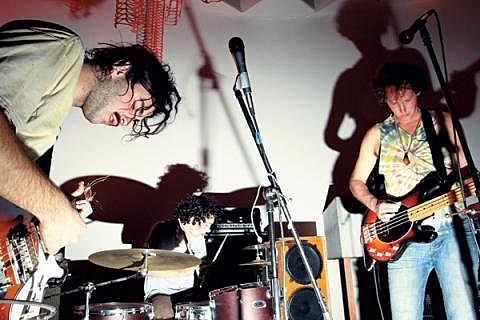 Chicago krautrockers CAVE are set to head out on a short US tour with fellow Chicagoans Running in November. That run kicks off with a show at the Hideout on November 8, with Running and Detroit's Tyvek. Advance tickets are on sale.

Speaking of the Hideout, CAVE will also play their sold-out Block Party on Friday, September 14 with Iron & Wine, Glen Hansard, The War On Drugs, and Guitarkestra. Hopefully you were able to grab tickets in time, or will you be at Riot Fest instead?

All CAVE tour dates and a couple of videos are below...